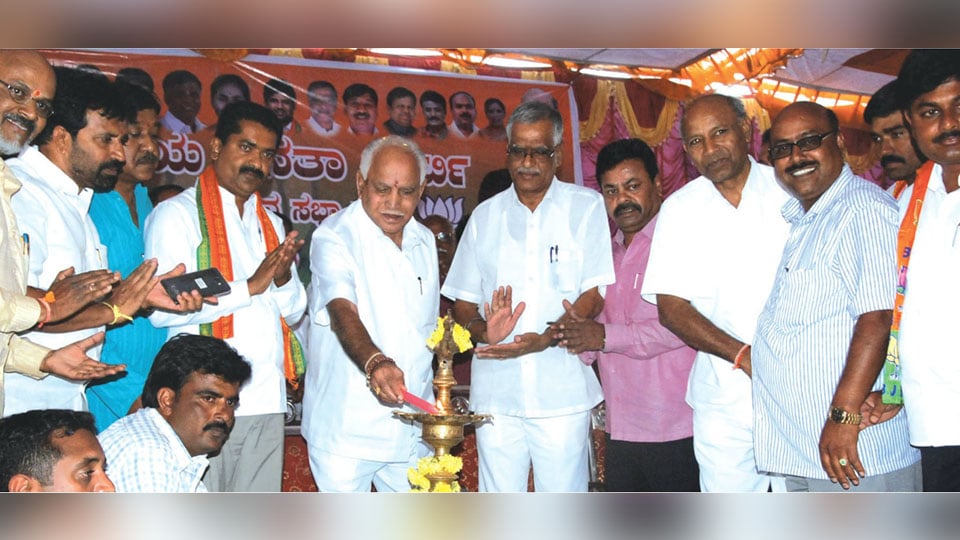 Speaking at an election rally at Hangala in the taluk yesterday, Yeddyurappa said Siddharamaiah had let down the farming community by not declaring waiver of farm loans.

Maintaining that the farming community was in deep distress following drought and crop failure, the former CM said the State Budget was neither pro-farmer nor pro-poor.

Claiming that the number of beneficiaries under Bhagyalakshmi Scheme had come down to a mere 1 lakh from 3 lakh, Yeddyurappa said Siddharamaiah had fooled women.

Appealing the people to vote for BJP candidate C.S. Niranjan Kumar, Yeddyurappa promised that all major water bodies will be filled up and the Gundlupet Assembly segment will be developed comprehensively if the BJP was voted to power.