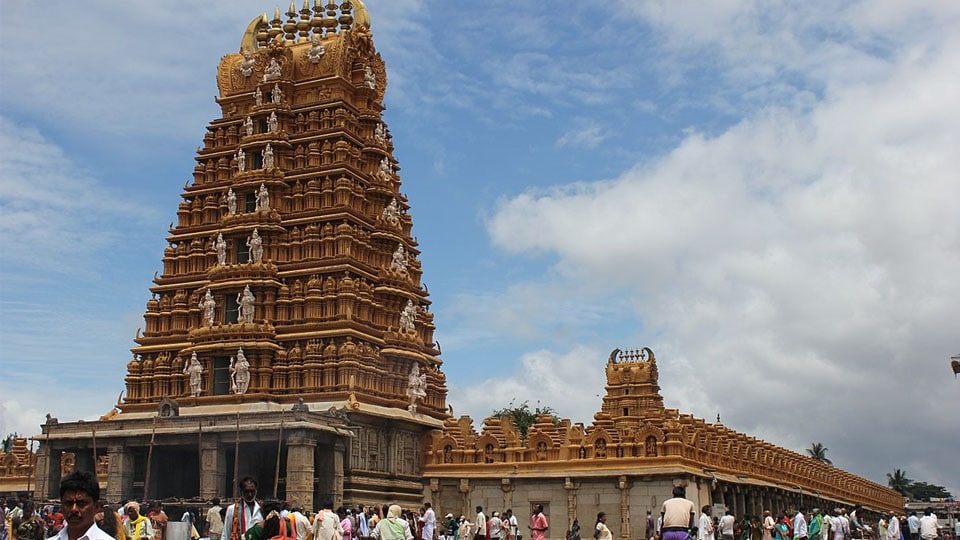 Nanjangud: A woman staff, working in Dasoha Bhavan at Sri Srikanteshwara Temple, has been suspended yesterday for misappropriating temple money.

The woman staff, who has been suspended, has been identified as Geetha. The auditors, who conducted an audit, had submitted a report that Geetha had misused Rs.6.13 lakh during 2012-14, following which, the Additional Deputy Commissioner (ADC) suspended her from her service, said Temple Executive Officer Kumaraswamy to SOM.

It may be recalled that following the misappropriation of Rs.14.40 lakh collected through ‘Tulabhara’ services, the DC had suspended Temple employee Abhilash from his services recently. With more such cases coming to light, former Dharmadarshis and various organisations have urged the Government to conduct a high-level probe into the cases.