Home » News » I have not been invited for BJP’s Mysuru meeting: Eshwarappa 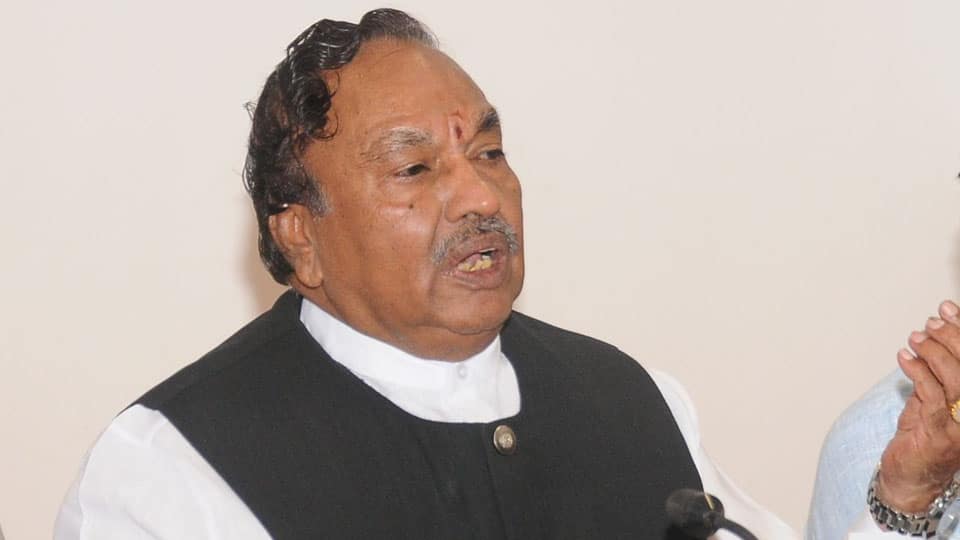 I have not been invited for BJP’s Mysuru meeting: Eshwarappa

Raichur: Leader of Opposition in Legislative Council K.S. Eshwarappa has said that he has not been invited for the BJP’s State Executive Committee meeting to be held in Mysuru on May 6 and 7. “I have not been invited and I have not decided on attending or not attending the meeting,” he told reporters yesterday after participating at a Sangolli Rayanna convention.

He, however, reiterated that State BJP President B.S. Yeddyurappa will be the unquestioned leader of Karnataka BJP and he will be the party’s Chief Ministerial candidate.

Meanwhile, in a press release, BJP General Secretary N. Ravi Kumar has said that the Mysuru meeting would pass two resolutions – regarding the State’s political situation and the country’s political scenario in the wake of the party winning elections held recently in certain States, in local body elections in Odisha, Maharashtra and Delhi.

Members of the party’s core committee, office-bearers and members, invitees to the executive meet, MPs, legislators, district Presidents and General Secretaries and Morcha Presidents have been invited to attend the meeting, the statement said.