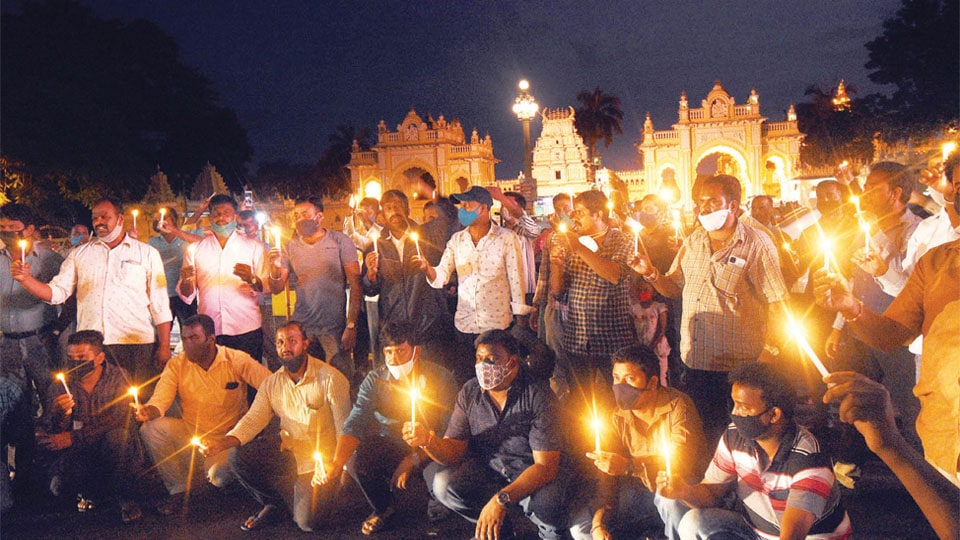 The employees of RTCs are on strike since April 7 to press the Government for fulfilment of their nine-point charter of demands, which chiefly included salary as per the recommendation of the Sixth Pay Commission.

With the number of employees returning to work increasing by the day, albeit in small numbers, Mysuru KSRTC authorities resumed inter-State operations to a couple of destinations in  Tamil Nadu and Kerala.

By noon today, more than 90 KSRTC buses plied from the Sub-Urban Bus Stand to different destinations such as Bengaluru, Madikeri, Mangaluru, Mandya, Malavalli, Virajpet, Chamarajanagar etc., while more than 300 buses operated from City Bus Stand to different localities across city. The authorities have planned to increase the number of trips based on commuter demand as the day progresses.

Private buses and other public transport vehicles which have been granted temporary permission to operate on specific routes, continued to ply from the Sub-Urban Bus Stand, picking up passengers.

With the strike entering the tenth day and a significant number of workers in no mood to relent on their demands, the KSRTC authorities have resorted to measures such as  transfer of employees, sacking of trainees and other disciplinary action, in a bid to force the striking workers to return to duty, according to sources.

Meanwhile, as part of upping the ante against the Government, about 15 KSRTC workers of Mysuru are likely to visit the residence of  N.R. MLA Tanveer Sait at Udayagiri in city later this afternoon and submit a memorandum to him to be forwarded to the Government.