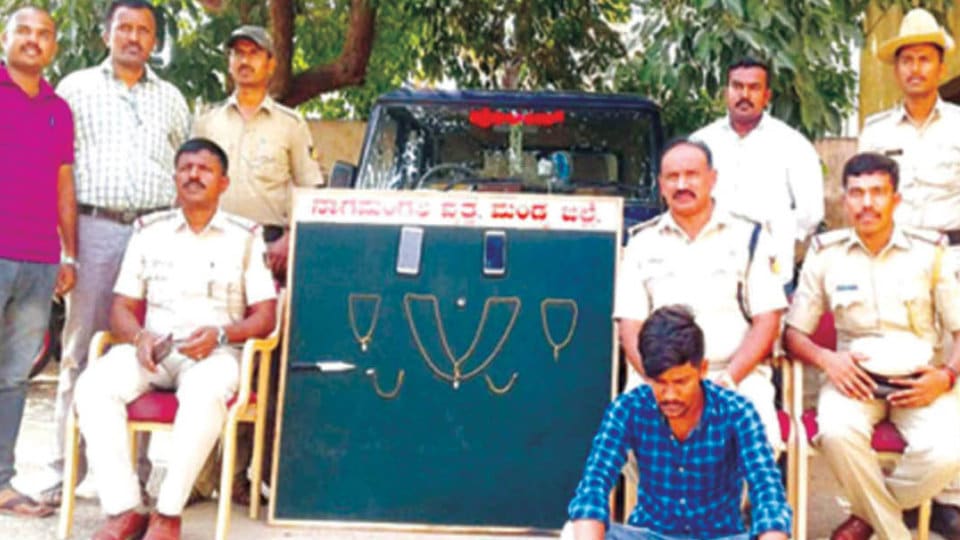 One held for robbing passengers

Nagamangala:  Nagamangala Police have arrested one member of a gang which was looting passengers after picking them on Bengaluru-Mangaluru National Highway in the guise of dropping them.

The arrested is Venkatesh, a resident of Huliyur Durga in Kunigal taluk of Tumakuru district.

Accused Venkatesh had formed a gang, he used to pick up passengers waiting for buses on the highway in the guise of dropping them in his car and after travelling for a short distance, he used to threaten the passengers with the knife, tie and gag them and used to rob the passengers of their cash, mobile phones and gold ornaments. Two cases of highway dacoity in Bellur and Nagamangala taluks limits were registered at Bellur Police Station.

The Special Police team, which was formed to nab the accused, arrested Venkatesh and have launched a hunt to nab the other members of the gang.