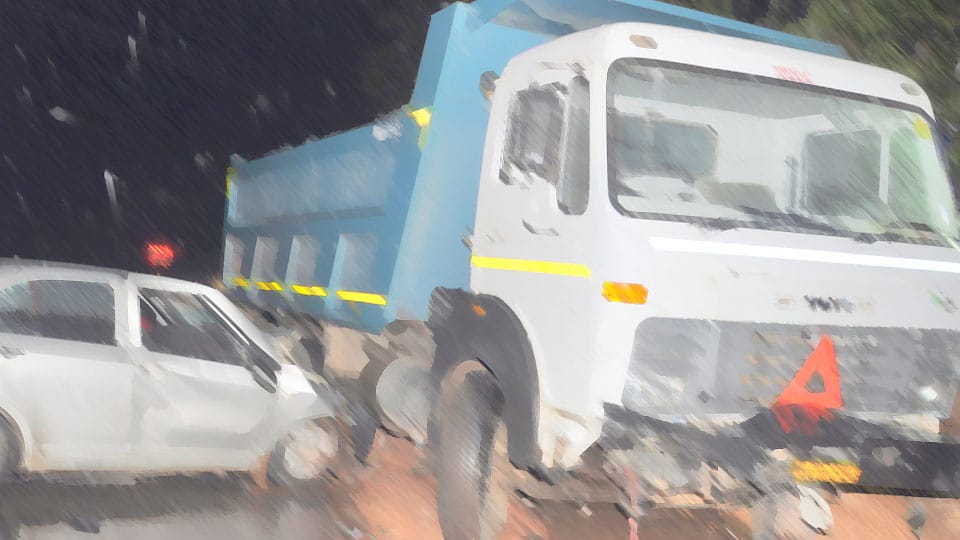 They were proceeding to Kodagu from Bengaluru to vote

Srirangapatna:  A 50-year-old woman was killed while three others suffered serious injuries, when the Maruti van in which they were travelling rammed into a parked tipper lorry at Baburayanakoppal in the taluk yesterday.

The deceased is Asha (50). Her husband, 60-year-old Annaiah and two children who were in the van, suffered serious injuries and have been admitted to a private hospital in Mysuru.

All the occupants of the car are native of Kodagu and were residing in Bengaluru. They were proceeding to their native place to cast their votes today. When they reached Baburayanakoppal, the person behind the wheels of the van tried to overtake a Maruti Swift car and in the process rammed into a parked tipper lorry.

The impact was such that the van got stuck to the tipper and the villagers who rushed to the spot had to cut open the van to rescue the injured and rush them to a hospital. Asha, who suffered serious injuries, succumbed at the hospital, while Annaiah is battling for live.

Srirangapatna Police, who have registered a case in this regard, are investigating.