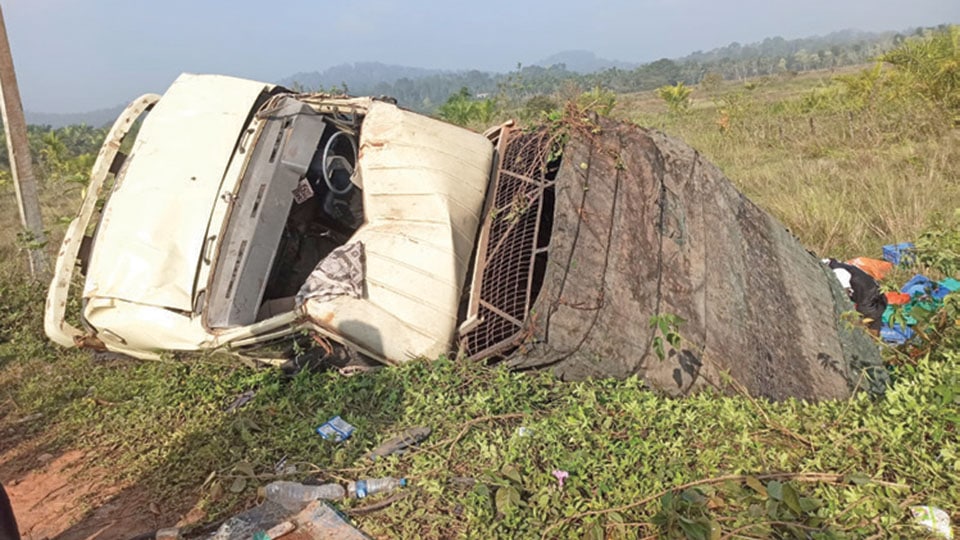 Virajpet: One person was killed on the spot, while two others including the driver of a milk van sustained serious injuries when the van transporting milk packets toppled when the van driver lost control of the vehicle due to heavy mist and thick fog at Biligunda Cross in Imangala village in Virajpet taluk yesterday early morning.

While the deceased has been identified as Ajay (30), a resident of Maruru village in Hunsur taluk, the injured are Muthuraj of Hosahalli village and van driver Harsha of Kodigi village.

Ajay, Muthuraj and Harsha, after loading milk packets at Kodigi Milk Centre in a mini van (KA-45-4423), left for Siddapur, Ammathi and Virajpet to deliver milk via Kushalnagar. When the van took a turn at Biligunda Cross at Imangala village, the driver lost control of the vehicle due to mist and fog resulting in the van getting toppled.

Virajpet Rural Police, who have registered a case in this regard, are investigating.