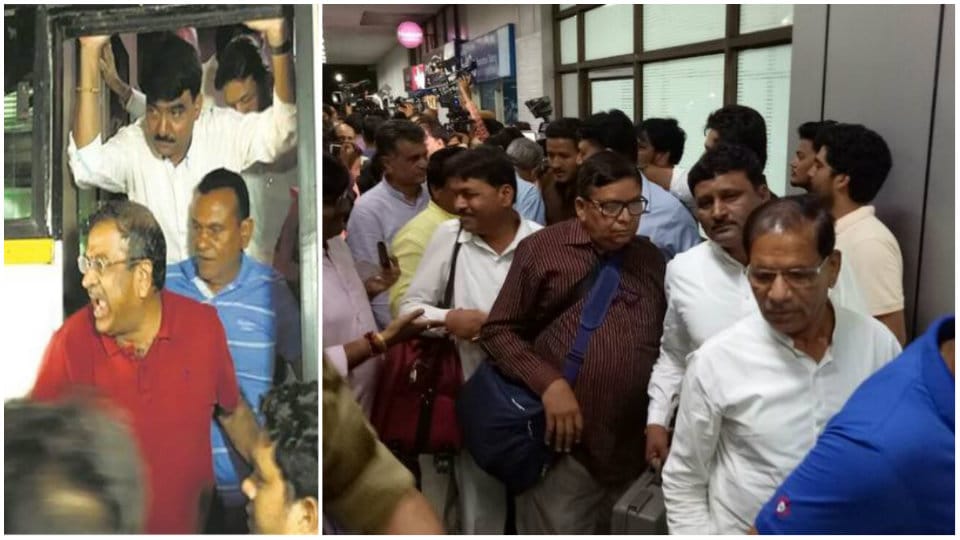 Bengaluru: The Congress High Command, worried over the defection of six party MLAs in Gujarat to the BJP in the past couple of days, has shipped 46 of its MLAs to Bengaluru, fearing Operation Kamala.

They are expected to stay here till the crucial Rajya Sabha elections on Aug.8.

With the re-election of Ahmed Patel, All India Congress Committee (AICC) General Secretary and confidant of Congress President Sonia Gandhi, in jeopardy after the defection of three MLAs on Thursday and three others on Friday to the BJP, the remaining 46 Congress MLAs landed at the Kempegowda International Airport in the early hours of today and were whisked away to a nearby resort.

Congress sources said the High Command sounded out the State Party leadership in Bengaluru on safe-keeping the MLAs. The Congress has put Karnataka Energy Minister D.K. Shivakumar, who has handled similar situations earlier, to take charge of the Gujarat Congress MLAs. 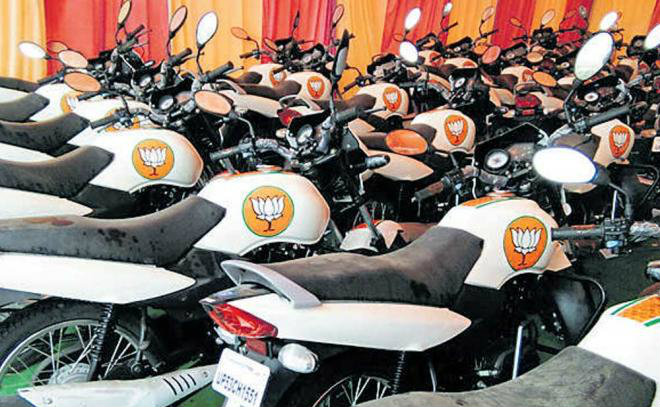 Meanwhile, the State BJP is set to emulate one more success mantra from Uttar Pradesh in poll-bound Karnataka, with the State unit seeking the very motorcycles extensively used for campaigning during the Assembly polls in UP for the party activities in Karnataka. The first batch of 26 bikes, wrapped in protection covers, arrived from UP at the State BJP Headquarters in Bengaluru earlier this week. The second batch of 25 bikes will be arriving soon. The bikes are painted white with stripes in saffron and a sticker of the lotus symbol. The BJP plans to use them in the ongoing ‘Vistarak’ campaign (an initiative based on UP model) to establish direct contact with people ahead of the forthcoming Assembly elections in the State.