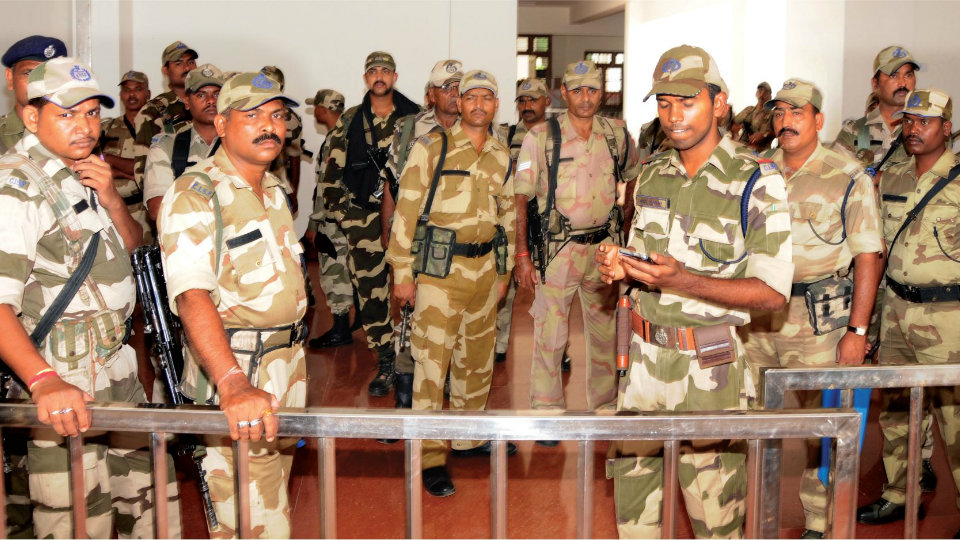 About 18 Companies consisting of 85 Paramilitary personnel from Chennai, Hyderabad, Uttarakhand, Bihar and Maharashtra had been deployed for bandobust duty. They used to provide security at check-posts, mustering centres, polling booths and counting centres.

As the voting and counting have gone off peacefully, the Paramilitary personnel who had come from outside the State have been sent back.

Since the election process is completed, the three check-posts put up for the elections on highways have been cleared.

The single window system set up for the elections have been removed. The District Administration and the Police had made arrangements for the elections from February itself and from April 28 it was intensified.

500 CAR and Civil Police were deployed in Mandya and Mysuru Districts. The additional staff has been asked to return to their respective companies.