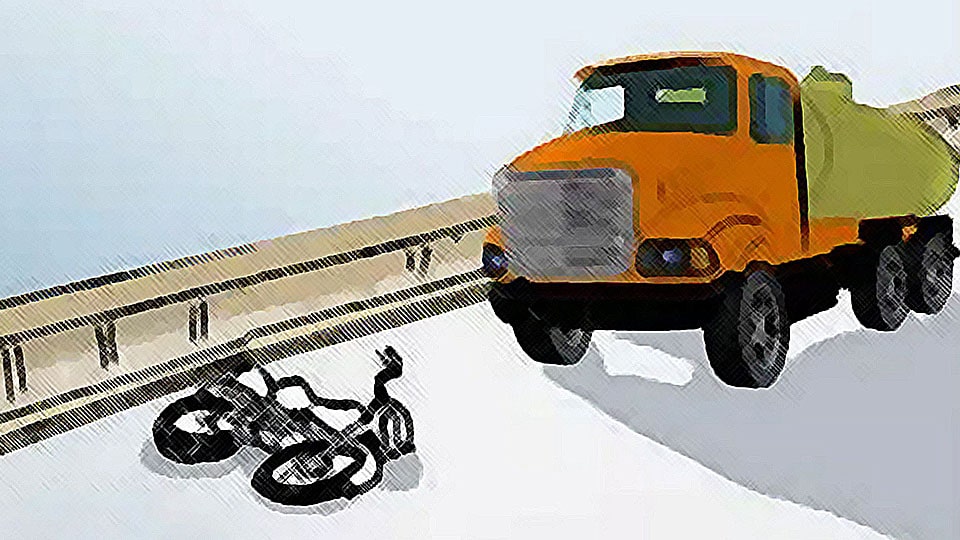 Bherya: A pedestrian was killed on the spot while another suffered serious injuries when a truck hit them at Bherya village in K.R. Nagar taluk yesterday evening.

While the deceased has been identified as Ramanayaka (60), a resident of Singanahalli village in K.R. Pet taluk, the seriously injured is 65-year-old Swamygowda. He (Swamygowda) has sustained a fracture to his legs and has been admitted to the District Hospital in Mysuru.

Following illness, Ramanayaka and Swamygowda had come to the Primary Health Centre (PHC) at Bherya and after availing treatment, they were walking on the roadside to catch a bus to their village, when a truck proceeding from Mysuru side hit them. This resulted in Ramanayaka being killed on the spot and Swamygowda sustaining a fracture as the truck ran over his legs. Swamygowda was rushed to the hospital in Bherya, where he was provided first-aid and was later shifted to the District Hospital in Mysuru.

Saligrama Police, who rushed to the spot, conducted mahazar, shifted the body of Ramanayaka to K.R. Nagar Hospital for post-mortem, seized the truck, arrested the truck driver and have registered a case.