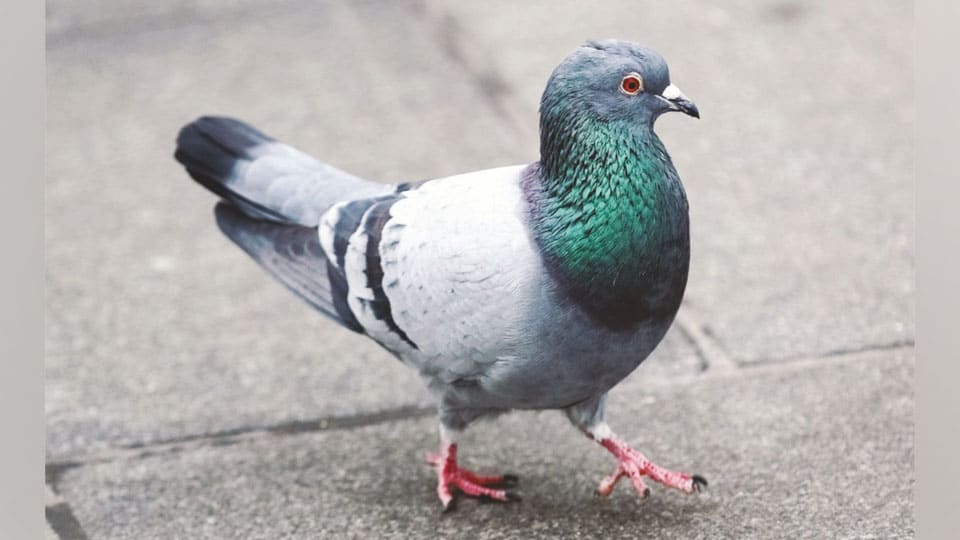 In this week’s Pet Talk, Maneka explains about animals and birds’ smartness

Human beings think they are smarter than all animals because they can use tools. Can any animal use tools as well?

Almost every animal. And it has taken the human thousands of years to realise that, so that makes us stupid. Chimpanzees use tools to eat and fight and solve problems. They use stones to crack nuts, leaf stems to fish for termites, stick tools to probe for honey and leaves to soak up water for drinking. They even use tools to get drunk: leafy sponges to obtain fermenting sap from palms. In fact, when this was discovered, the scientist Louis Leakey said that ‘now we must redefine tool, redefine man, or accept.’ Boxer crabs use stinging anemones as defensive weapons. American alligators place sticks on top of their snouts to catch egrets during their nesting season, when sticks become a valuable resource. Parrots use a variety of objects to scratch themselves. A jay and a crow have once been observed to use sticks as weapons to jab at each other. Crows fashion tools from twigs, feathers and other bits of debris to snare food from hard-to-reach places.

New Caledonian crows use tools to transport objects. The Greater Vasa parrots use pebbles to grind seashells to a powder so that they can eat calcium. Egyptian vultures can’t break ostrich eggs with their beaks, so they throw stones at the eggs to crack them. A dolphin in Australia uses a sponge to protect her snout when foraging on the seafloor, a tool use behaviour that is passed on from mother to daughter.

Even those animals that don’t naturally use them can do it at a moment’s notice. Researchers have shown that rooks, which do not habitually use tools in the wild, can select tools of an appropriate size and even bend a piece of wire into a hook to retrieve food in experiments when there’s a reward at stake. Blue tits invented a creative way to get food by pecking open the caps of milk bottles left on porches. Within a week of one doing it every blue tit in the country knew it.

They actually do – and there are hundreds of tests that prove it! All evidence shows females prefer mates with better cognitive abilities: Whether they are fish, birds, rodents and even humans. But how does a female songbird recognise that one suitor is smarter than the other? For male songbirds, their ability to sing complex songs apparently signals cognitive ability and is vital for attracting females, according to tests made by FAU’s Charles E. Schmidt College of Science.

For small songbirds, it is not the display of feathers, nor the building of better nests, that attract females, It is the complexity of their songs. Just as babies learn how to talk by babbling, young male songbirds copy and practice songs that they hear produced by other males in neighbourhoods in which they will later establish their own territories. In some songbird populations, female preference is based on the extent of a male’s accuracy to copy songs, as well as their song repertoire — the larger his repertoire the more successful he will be with females. Females  assume that male songbirds who sing better, are more accurate and have more songs in their repertoire, also would be smarter overall and do better on cognitive measures such as information processing and in particular learning, memory and decision-making.

In wild song birds, 200 songs are usually sufficient to capture complete male repertoires. They memorise many more songs than they will eventually produce — an average 1,550 songs per male over a five-week period, beginning at about 11-months post-hatchling is common.

I find pigeons very annoying. Are they bright at all?

Would you be able to find your way to the next city without a map? No? That makes you stupider than a pigeon. The common pigeon is seriously intelligent. Not only do pigeons remember dozen of routes to find their way to familiar places, they can also recognise their faces in the mirror. The pigeon’s memory doesn’t stop there. They can also remember hundreds of photographs and images. We have turned this smart being into a beggar by taking away its nesting sites and natural food and feeding it rubbish. And the voice you find annoying, I find very melodious. I have put baskets for them all round my house.

Is it true that rats can find their way out of mazes?

It has been proven again and again that rats can do so. A 2011 study in Canada saw some of the world’s top scientists come together to build a special rat maze, designed to test a rat’s critical thinking skills and whether the animal could escape. The test, originally planned for three days, was over in just minutes, when the rat cleverly mastered an effective escape route and beat some of the greatest scientific human minds. It is a pity that we have chosen this smart creature to be endlessly and uselessly tested on. Over 50 million rats are tortured in mindless experiments like this one, every year.

Probably the smartest animals in the world, pigs are among the fastest learners in nature, even more than dolphins and primates. They are able to open and close doors, guide flocks of sheep, and can even play video games! They speak a defined language and have every complex emotion that humans have.

Not only that, they are as devious as humans. In a test, scientists showed one pig where food was available. As time went on, another pig learnt to read the signs of the pig who knew where to find food. The clever pig followed the trail of the first pig when he disappeared to go to the food. However, the first pig soon realised he was being followed and kept taking the pig to places where there was no food. After many attempts, the second pig realised he was being fooled and gave up! Like humans — few pigs like to share what they feel is theirs.

A sign of their cleverness came from experiments in the 1990s. Pigs were trained to move a cursor on a  video screen with their snouts and used the cursor to distinguish between scribbles they knew and those they were seeing for the first time. They learned the task quickly- quicker than most children.

Most cows have their babies taken from them a few days after they are born. These babies are sent for slaughter. Does the mother even notice?

Cows from the dairy industry are distressed and are deeply saddened when their calves are separated from them within a few days of birth. When that happens, they begin mourning for the loss of their babies for days, heartbreakingly bellowing and crying. It is also known that other cows come to the bereaved mothers and try     to help comfort them.

Cows are not stupid. They have excellent problem-solving skills that involves logic. Once they master how to solve a problem, they celebrate jumping, wagging their tails and running happily. Cows feel rancour towards those who have hurt them, perfectly remembering the trauma they’ve experienced.