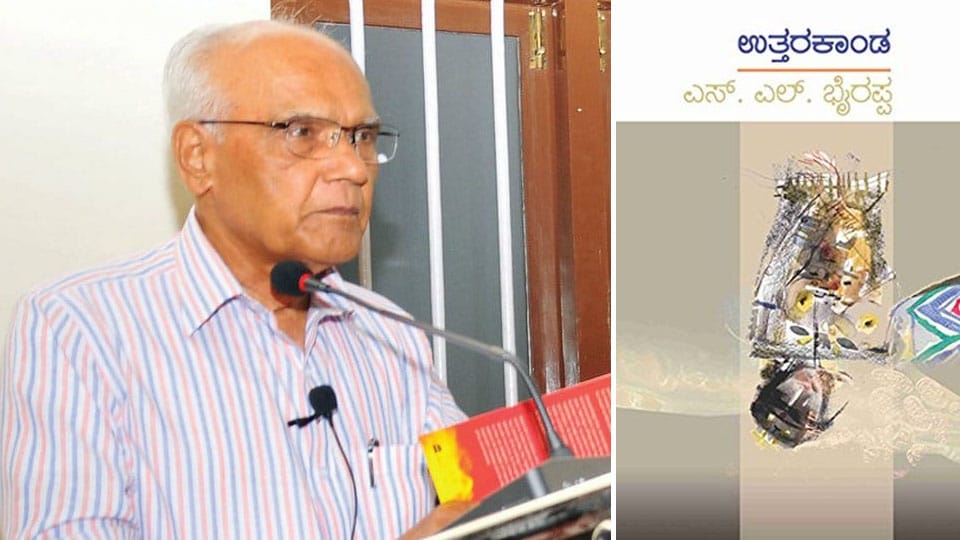 According to the Police, the youth, a student in his 20s, had taken photographs of each of the 330-plus pages of the novel, which retells the epic Ramayana from Sita’s perspective, and uploaded the same in PDF (Portable Document Format) on a mobile app.

Several people had downloaded the app, which was available on Google Play Store and had accessed it online for free, whose print version is sold for over Rs. 350 in the market. The novel was released early last year.

When Bhyrappa learnt about the availability of his novel online a few months ago, he approached Kuvempunagar Police in Mysuru and lodged a complaint against alleged copyright violation. The case was entrusted to City Crime Branch (CCB), Mysuru, which sought help from the Cyber Crime Police.

The youth had uploaded the app on Google Play Store by paying a registration fee of 25 dollars, said CCB Inspector Renukaradhya. The app allowed Android mobile users to read the entire novel.  Though other literature was also available on the app, which has now been deleted, the Police said they began an investigation after receiving a complaint from Bhyrappa.

The CCB sleuths managed to trace the youth with the help of the OTP (One Time Password) sent to the mobile number of the person creating the Google Play Store account and uploading the app. After the cybercrime cell submitted its report, the CCB, led by Inspector Sandesh Kumar, brought the youth to Mysuru for interrogation. They have seized the youth’s mobile phone and other electronic hardware and sent the same to the Forensic Science Laboratory for examination.

A case has been booked for violation of the Copyright Act and under section 67 of the Information Technology Act. The Police, however, are of the opinion that the youth, who did not have an idea of the implications of his Act, had not shared the novel online for either cheating anybody or making money. Though the youth has been released, investigation is on.