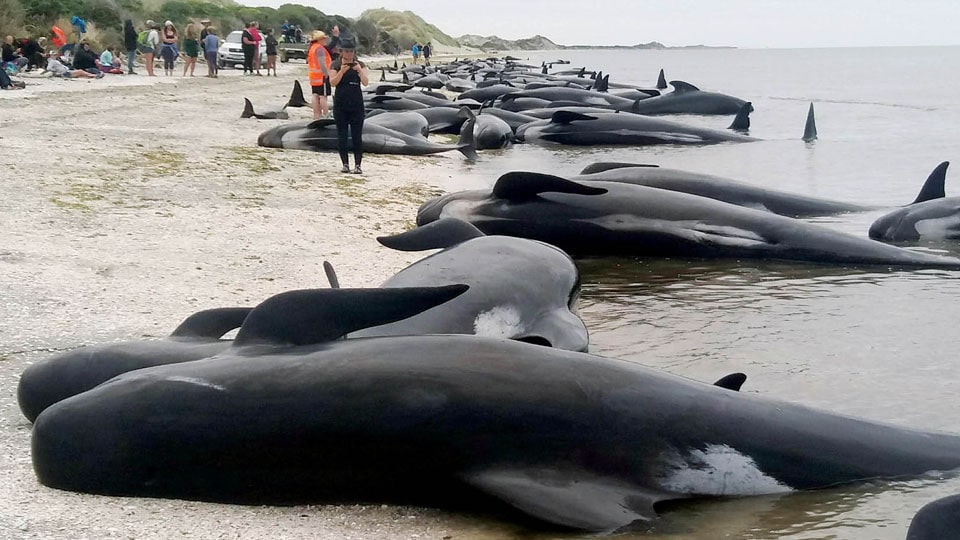 In this week’s Pet Talk, Maneka explains why so many whales are getting washed on beaches and what can be done to help the situation

Can the age of fishes be determined?

Scales, bones, fin rays and fish ear bones (otoliths) have all been used to determine the age of fish, since these, and other bony parts of fish, often form yearly rings (annuli) like those of a tree. Otoliths generally provide the most accurate ages, particularly in old fish.

Apart from food for humans and other species, are fish of any consequence to the planet? I mean, if they were to be reduced as we are doing by catching millions every day, what are the consequences?

Deep sea fish around UK and Ireland remove and store more than one million tonnes of carbon dioxide per year. According to a new study by the University of Southampton, this natural carbon capture and storage scheme saves millions of lives. Fish, living in deep waters on the continental slope, play an important role in carrying carbon from the surface to the seafloor.

But, as fishing, energy extraction and mining, extend into deeper waters, these seldom seen fishes, who provide a valuable service to all of us, are going to disappear, making the carbon dioxide built up even more intense. Soon it will be difficult for anyone to breathe.

Do all fish swim in horizontal position?

Most do. The sea horse is among the exceptions. Another is the shrimp fish of the Indian Ocean, which swims vertically in schools of several individuals, its long tube-like snout pointing directly upward. A catfish, indigenous to the Nile, also swims in the vertical posture.

I have never seen fishes sleep. Do they?

Yes, fish sleep. But it’s not sleep as we know it. The nature of fish “sleep” is an area of active research. While fish do not sleep in the same way that land mammals sleep, most fish do rest. They don’t have eyelids to close, they sometimes do it during the day, they don’t show the characteristic brainwave patterns like REM sleep seen in humans, and some, including most sharks have to keep swimming in their sleep.

But fishes do have a period of reduced activity and metabolism which seems to perform the same restorative functions as nocturnal sleep does in humans. Some are more obvious about it than others and actually rest on the bottom or in coral crevices, and parrotfish secrete a mucus “sleeping bag” around themselves before they go to sleep. If you get up quietly in the middle of the night you will find your goldfish in an almost trance-like state, hovering near the bottom of the tank making just the minimum correcting motions with its fins to maintain its position in the water column. If you put food in when they’re like this they take noticeably longer than usual to respond, as if they have trouble waking up.

How many fish can live together?

It is not ‘how many fish can live together’ but how many fish your tank has the capacity to hold. This will depend on the size and type of fish. Overcrowding a fish tank leads to competition for food, and poor water quality due to the waste being produced. You will also need to consider which breeds of fish can live together. A good guide is to allow at least 2 litres of water for every 1cm of fish.

Why are fish flicking and rubbing themselves?

The most probable cause is skin irritation caused by skin or gill flukes — you should be able to get treatment for these either from a specialist aquarist shop or from your vet.

How can I test the water in my aquarium?

There are several water test kits on the market that are available from most good pet shops. We recommend that you regularly test the pH, ammonia (NH4), nitrite (NO2), nitrate (NO3) and dissolved oxygen (DO) levels.

It is important that the ammonia and nitrite are at a very low concentration, and that the pH is stable. The nitrate level is less critical because it is not dangerous to fish, unless at very high levels.

How often should I change the water in the aquarium?

Most aquariums should be cleaned every two weeks on average. It is easier to combine cleaning and water changes by using a gravel siphon, as this also removes any dirt and waste from the bottom of the tank.

Can I add tap water directly to my aquarium?

Tap water contains chlorine and chloramines, which are added to our water supply to act as a disinfectant. They are very effective at keeping the water clean for human consumption, but unfortunately fish cannot tolerate chlorine or chloramines. You therefore need to add a dechlorinator to the water before adding it to your aquarium.

What is a biological filter and what does it do?

The biochemical function of the aquarium filter is to remove harmful substances from the water by biochemical reaction. This means that bacteria within the filter can alter a substance (like ammonia) to turn it into something else.

Nitrifying bacteria are responsible for removing dangerous substances called ammonia and nitrite from the water. They do this by using a small amount of oxygen to change the chemical composition of the toxic substances, and in doing so, turn them into nitrate. Nitrate is relatively harmless to fish and can be easily removed through water changes, and by live plants which use it as a food source.

Once a filter has been established in a tank for several weeks, it becomes ‘mature’, meaning that there are enough bacteria in the filter to cope with the amount of waste produced by fish. If a tank is overcrowded, then problems will continue to occur, because the filter will not be able to cope with the large amount of waste. In new tanks, the filter is not mature, meaning that it has not built up any bacteria. New tanks should be ‘cycled’, without any fish in them for at least two weeks before adding fish. When adding fish, it is best to add a few at a time to allow the filter to mature gradually, otherwise the amount of waste will overwhelm the filter and, as a result, fish may die from ammonia or nitrite poisoning.

Cloudiness is usually caused by a bacterial bloom. Cloudiness is common in new aquariums. If your water is cloudy, then you should increase the aeration and make sure that the filter is working correctly.

Siphon the gravel and change a small amount of the water (20%) regularly until it goes away.

Also, be sure to test the water to make sure there is not an underlying problem. Sometimes cloudiness can be caused by over feeding, or by failing to remove any uneaten food.

Why are so many whales getting washed on beaches? Can I help the situation?

The frequency of whale beaching seems to have increased over the last few decades. Experts believe that man-made factors are the main reasons driving this phenomenon. There are many factors involved. Some of the most common reasons are enlisted below:

Pollution: Experts believe that chemical pollution causes whales to be born with deformities. It also affects live whales and can kill them. These dead whales are then brought in ashore by the tides. This pollution is mainly caused by humans releasing dangerous and toxic chemicals into water bodies; Confusion: Whales ascertain their location and navigate through a method known as echolocation, where they use sounds as a navigation tool. Many scientists believe that man-made sonar can interfere with whales’ navigation system and leave them disoriented causing them to go into shallow waters, and eventually, these whales wash up on land.

Global Warming: The heat from the earth’s surface can cause icebergs to melt, which in turn causes a shift in the tides of water bodies which could lead to schools of fish to shallow waters. These groups of fishes serve as a food source for whales; Disoriented Pack Leader: Whales are highly social animals that travel in large pods. In some cases, if the pack leader is sick / confused, it could lead the entire group of whales to wash up ashore.

As an individual, we can take small steps which would go long way in preventing whales from beaching. The first thing you can do is to stop using plastics, cosmetics with microbeads, bottled water, balloons, that pollute the oceans. These plastics break down to micro plastics that infiltrate the food chain of all sea life, harming the health and well-being of whales. As humans, our contribution could also be in the form of controlling pollution and global warming.