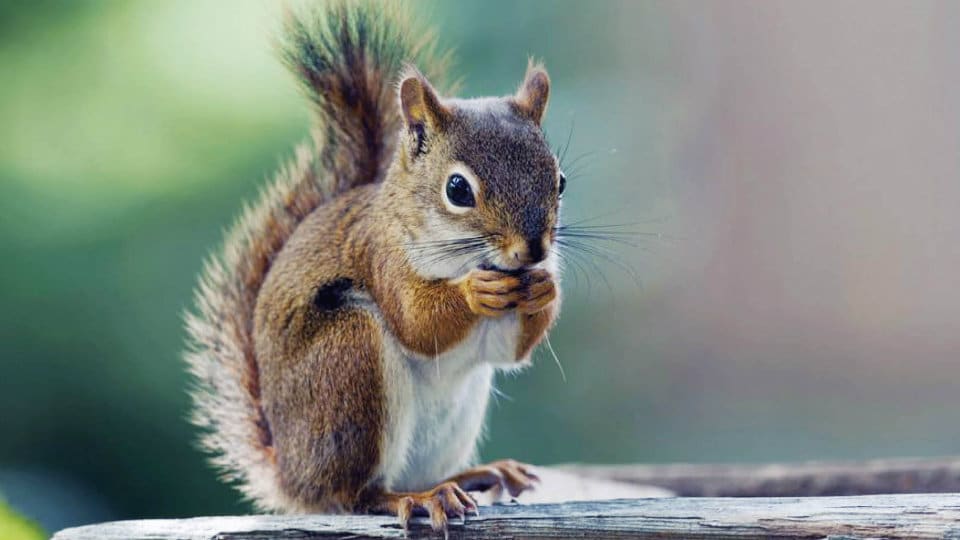 In this week’s Pet Talk, Maneka tells how squirrels help in growing trees, how non-vegetarian dog can be made a vegetarian and about dog’s vision.

Is it true that dogs can only see black and white?

Veterinarians used to believe that dogs saw only in black and white, but recent studies suggest that they have colour vision. As it turns out, dogs have only 20% of the cone photoreceptor cells — the part of the eye that controls the perception of colour — that humans have. While we can’t ask dogs to read an eye chart or pick out colours, behavioural tests suggest that dogs see in shades of yellow and blue, and lack the ability to see the range of colours from green to red. In other words, dogs see the colours of the world as basically yellow, blue, and grey.  Red is difficult for dogs to see and may appear to them as a very dark brownish grey or even black.

How do squirrels help in growing trees?

Is it true that cows have “best friends”?

Yes, cows, like humans, have best friends and are  inseparable. When a cows are apart from the best friend for extended periods of time they become depressed. Cows are highly sociable animals that experience stress when they are isolated. Not only are cows more calm when they’re around a buddy, but they’re actually smarter too. Scientists tracked the heart rate and cortisol levels of cows when they were with or apart from other members of their herd. What the report found was that cows who were isolated showed significant signs of stress, which ultimately negatively impacted the amount of milk they produced. When heifers have their preferred partner with them, their stress levels, in terms of their heart rates, are reduced, compared with if they were with a random individual.

If a dog has been non-vegetarian since birth, will he be reluctant to eat vegetarian food?

No, a non-vegetarian dog can become vegetarian, but it will take time. It is better to keep reducing the meat content and increasing the vegetables, grain, curd and soya while giving just a little bit of boiled meat soup, so that he gets the flavour. That can be reduced in time as well.

Do you consider oxen being hit by sticks to pull bullock carts as animal abuse?

Anything that hurts an animal is abuse. This is the law: Any person who shall drive, ride, load, or otherwise, cause to labour, any animal which a hurt, or a wound, or lameness, or excessive leanness, has rendered unfit for labour, shall, for every such offence, be liable to a fine. If he is caught in the second offence, then he will not be allowed to keep an animal again. Hence, oxen being hit by sticks to pull bullock carts is an animal abuse.

Do animals beat their kids too?

Animals like dogs, cats, lions etc., both male and female, will take a swipe at their babies when they get fed up with being jumped on and having their tails bitten. All animal parents that live in groups are strict disciplinarians with the children.

Can deer be kept as pets?

No. You cannot give a natural habitat to the animals, or provide a mate. Deer are extremely sensitive and die easily.

Can snakes be kept as pets?

Snakes have specialised needs. They require precise diet and spectrum lighting. They shun contact with humans, and being held, touched, petted, or passed around is stressful and leaves them prone to illness and injury. And since snakes don’t whine or yelp, injuries may go unnoticed and untreated. Snakes are relegated to aquariums when kept as pets in which they can’t even stretch out to full length, much less move around or climb. It’s believed that most of these newly acquired animals die from stress related to captivity. Many are simply tossed outside like trash, left to starve, or die of exposure or predation — and those who survive may wreak havoc on local ecosystems. It is illegal under the Wildlife Protection Act 1972 to keep snakes. They are extremely important in the wild and should be left there.