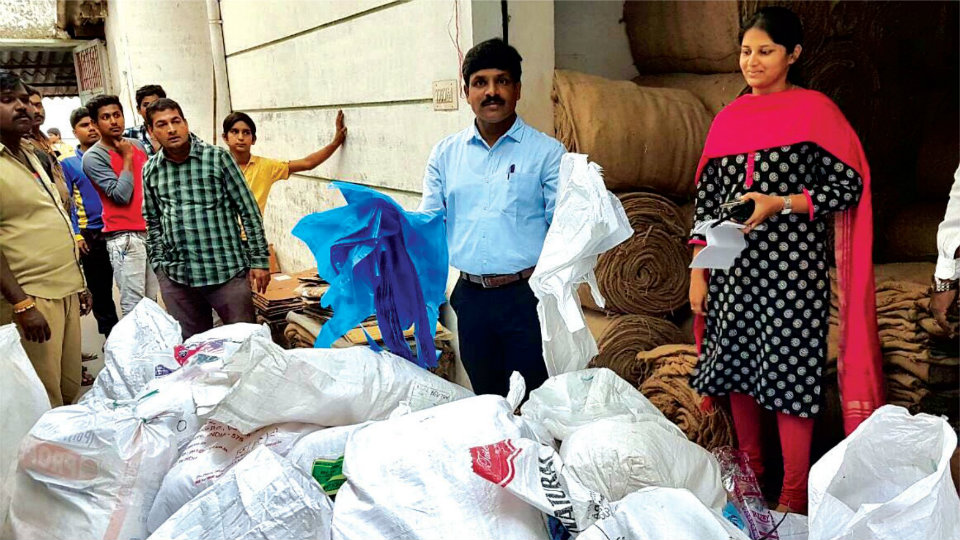 During the raid in Santhepet here, the MCC team seized plastic plates, tumblers and covers from the godown. The MCC team, following information about banned plastic materials being stocked in three more shops and godowns, went to Mahadeva Enterprises and its godown in Santhepet only to find them closed following which they were sealed. The raids would continue today.

Meanwhile, MCC Commissioner said that raids on shops selling the banned plastic materials and gowdowns stocking them would be intensified in the coming days.