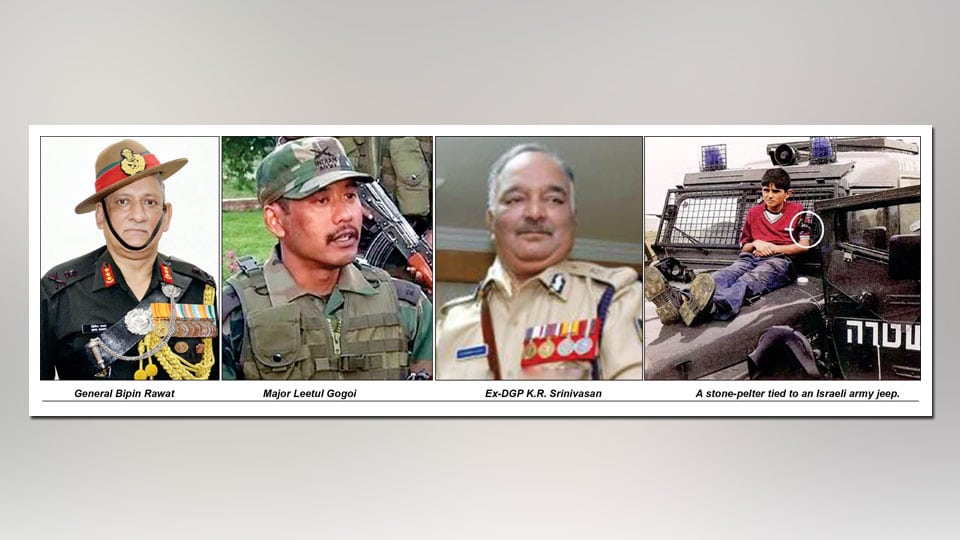 What maternity is to woman, war is to man.’ This was the belief of the German Dictator Adolf Hitler and as history records he executed his belief ruthlessly. The World War II was the proof of it. When India got independence in 1947, Pakistan too believed that the remedy for, what Pakistan perceived as ‘unjust partition,’ was only war. Not discussion or negotiation. That was why it launched an attack on Kashmir  which by then had acceded to India as per the Accession Plan of the British. Small wonder, while Pakistan believed in war against India to grab Kashmir, India on its part foolishly believed in taking the matter to United Nations for justice. Instead of getting justice by asking the aggressor Pakistan to vacate the lands it had already occupied, the UN asked both parties for ceasefire. From here, India’s agony of endemic bloody hostility began, never to end even after 70 years.

Pakistan, which soon came under dictatorship, decided to wage a war in 1965 when General Ayub Khan was the dictator. Since then the major game played between Pakistan and India was not cricket but war — major and minor. India seems to forget that in all these wars, including 1971 Bangladesh War, India was victorious. Thereafter Kargil war took place and there was no threat of Pakistan using its nuclear weapons. India won the Kargil war. Pakistan did not learn any lesson, probably because it thought after the dismantling of Soviet Union, India is without any friends in the world organisation, UN, while it has the support of US and China. So it decided to bleed India with a thousand cuts, as its rulers often bragged, with cross-border terrorism and by encouraging militancy using stone-pelting youngsters as mercenaries.

The present scenario in Kashmir forces us to recall the past violent confrontations with Pakistan, especially after what our Army Chief General Bipin Rawat had said in answer to all those critics of the Indian army. While the militants and the separatists, especially youngsters pelting stones at the security forces, are supporting the terrorists sent across the border by Pakistan in its proxy war, Indian army is finding it difficult to deal with the stone-pelters.

It is unfortunate, there are some Indian politicians and NGOs who have taken objection to Major Leetul Gogoi who picked up the leader of a stone-pelting group of Kashmiri youth, tied him up in front of the Army Jeep as human shield so that he could get free passage through the stone-pelters to go to a place where the stone-pelters and others had surrounded the Government Officers on duty.

While some of our own people criticise this Officer Maj. Gogoi, fortunately Army Chief General Bipin Rawat defended his action as an innovative action in the face of hostility as otherwise Army would have had to use force by way of firing which could have led to causalities. This is what the Army General Bipin Rawat said after honouring Maj. Gogoi for his timely innovative idea to overcome a difficult situation.

“This is a proxy war and proxy war is a dirty war. It is played in a dirty way. The rules of engagement are there when the adversary comes face-to-face and fights with you. But now it is a dirty war… that is where innovation comes in. You fight a dirty war with innovations.”

This reminds me of Chatrapathi Shivaji’s guerrilla war with Mughal Emperor Aurangzeb which too was an innovative idea for those days. Significantly, General Bipin Rawat, while defending the use of the stone-pelting Kashmiri youth as a human shield, also said that the main objective of awarding Maj. Gogoi when a Court of enquiry was finalising its probe into the incident, was to boost the morale of young officers of the Armed Forces who are operating in a very difficult environment in the militancy infested State.

It may be recalled that Gogoi was rewarded with Army Chief’s Commendation Medal for his sustained efforts in countering insurgency operations. The Major had tied the leader of the stone-pelting group, probably because the stone-pelters could identify him as their own man and would not attack the jeep.

It may also be recalled that this method of giving support to the militants and also the terrorists through stone-pelting, was a common sight in Israel where Palestinian youngsters, including children, are seen indulging in this kind of attack regularly. I understand that Israel Armed Forces caught in such stone-pelting situations, not wanting to shoot and kill the stone-pelters, resorted to this kind of innovation of tying up a couple of stone-pelters to the front of the army jeep and using them as human shield. Might be Maj. Gogoi, being an Army Officer having studied the methods adopted in such tricky situations, followed the same method in the given situation.

Be that as it may, I am reminded of, though not a similar situation nor the method, but all the same a really innovative idea to defuse a sticky situation that arose on Irwin Road near the mosque in our own city some decades back.  It was a Hindu religious procession with musical band playing in front of a decorated bullock cart carrying the deity proceeding on Irwin Road to its destination elsewhere. As was common in most parts of India, the Police would ask the organisers of the procession not to play music while passing by the mosque. At that time, late K.R. Srinivasan was the Superintendent of Police (there was no Commissionerate for Mysore as is now).  The senior Police Officer, who was accompanying the procession, asked the music players to stop playing the music and proceed quietly till they passed the mosque. However, the organisers refused to obey and wanted to pass by the mosque playing the music.  Immediately, the Police stopped the procession a little away from the mosque anticipating trouble between two communities. However, the processionists started arguing with the Police creating ruckus. The SP was informed of the situation and he came immediately to the spot. He asked the organisers to co-operate while he would talk to the persons concerned in this regard.

Half-an-hour passed and the processionists appeared a bit lax. SP Srinivasan, sitting in his car, observed the scenario and called the Circle Inspector who was on duty. He whispered something into his ears and lo and behold, the Circle Inspector went near the cart carrying the deity and mercilessly beat up the bullocks which then started running very fast with the cart leaving the processionists behind.

The musicians and others followed, without playing the music. The runaway cart by then had already passed the mosque. This was told to me by K.R. Srinivasan himself personally while we were having happy hours.