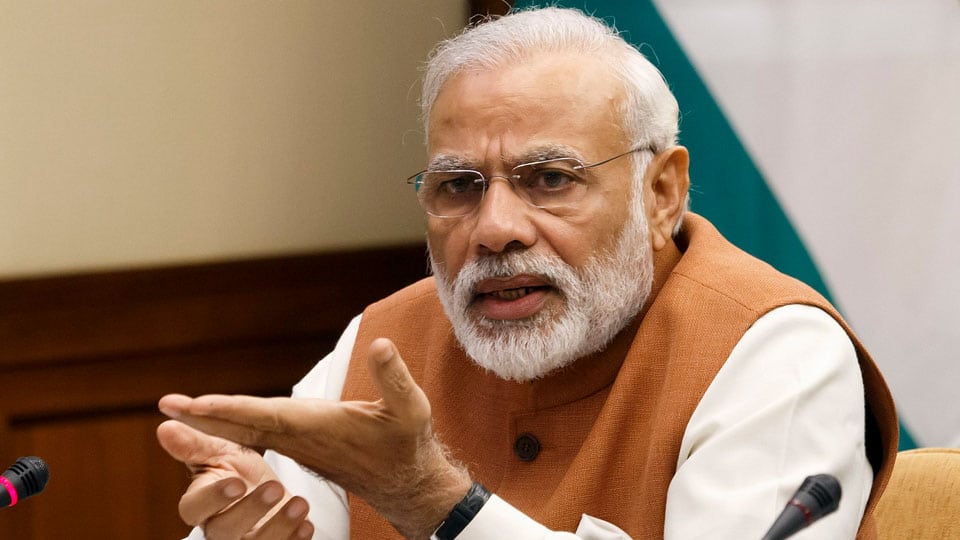 Bengaluru: Prime Minister Narendra Modi will arrive in the State on a one-day visit tomorrow. He will take part in the spiritual fete being organised by Vedanta Bharathi, a branch of Sringeri Shankara Peetha at Palace Grounds where thousands are expected will take part in the mass recital of Soundarya Lahari. Yadathore Yoganandeshwara Saraswathi Mutt Seer Sri Shankara Swamiji will grace the occasion.

More than 80,000 people including thousands of school children are scheduled to take part in the mass recitation of ‘Soundarya Lahari’ authored by Sri Adi Shankaracharya at Palace Grounds, which will mark culmination of the two-day programme organised by Vedanta Bharathi. Prime Minister Narendra Modi is also set to also chant vedic hymn for nearly 40 minutes at the venue which will be held between 1 pm and 4 pm.