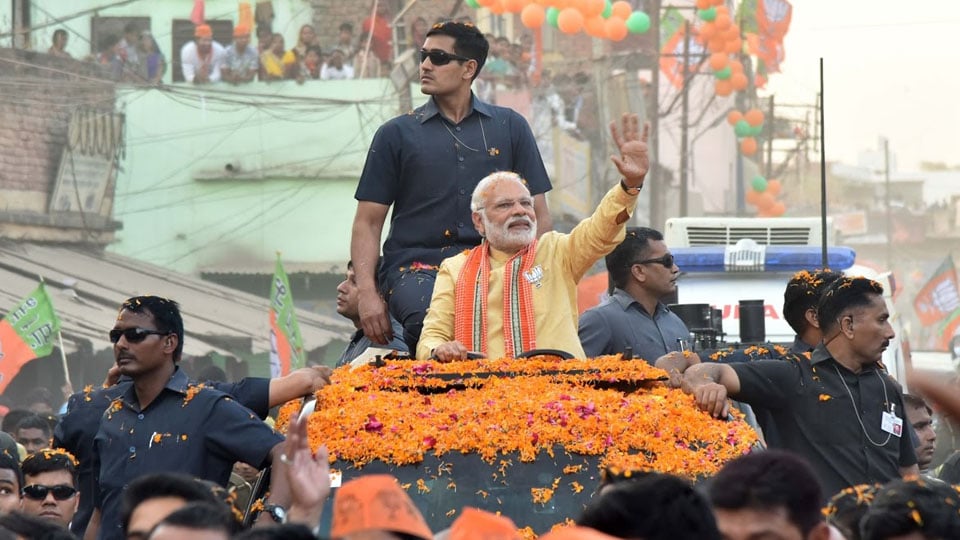 PM Modi to file nomination from Varanasi on Apr.26

Before filing his nomination, PM Modi will hold a road show at Varanasi on Apr.25, in which senior BJP leaders will take part.

Modi, who had contested from Varanasi in the 2014 LS polls, had defeated Arvind Agarwal of the Aam Aadmi Party (AAP) and Ajay Rai of the Congress.

Modi, who had also contested and won from Vadodara seat in Gujarat then, had quit Vadodara and retained Varanasi LS seat.