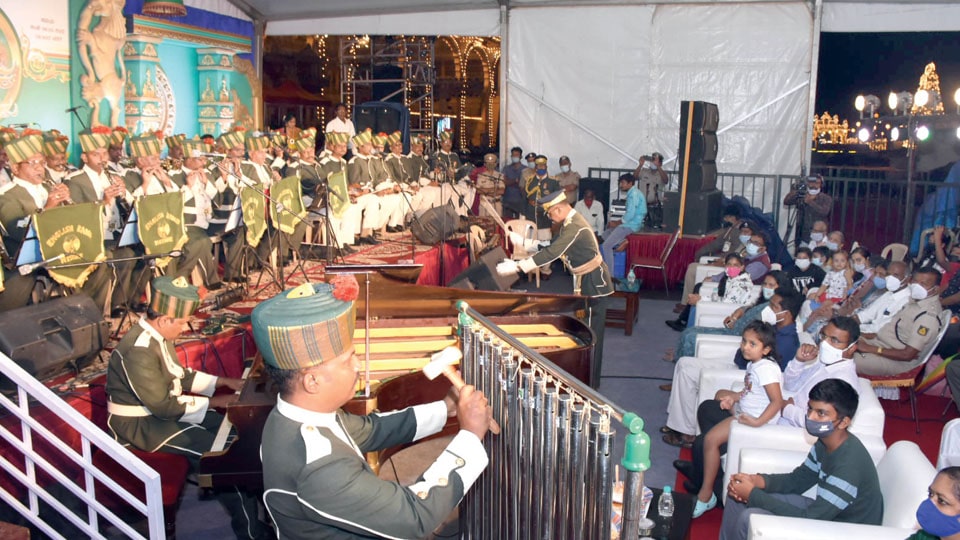 Mysore/Mysuru: The dazzling display by Police Band captivated the audience at the Dasara cultural programme held inside the Palace premises yesterday.

The cultural event on Monday evening, mesmerised the music lovers, who braved the long drizzle to hear the Police Band play Karnatak Music fusioned with western music. The event, which was also broadcast live through social media platforms and other networks, enthralled thousands of viewers.

Monday’s cultural programme began amidst drizzle with the Police Band performing a scintillating display of fusion music. While one section of the Band played English music, the other section played Karnatak music alternately, which made the audience shake their heads in wide appreciation.

Impressed by the performance of singers and artistes, District Minister feted them and presented certificates.