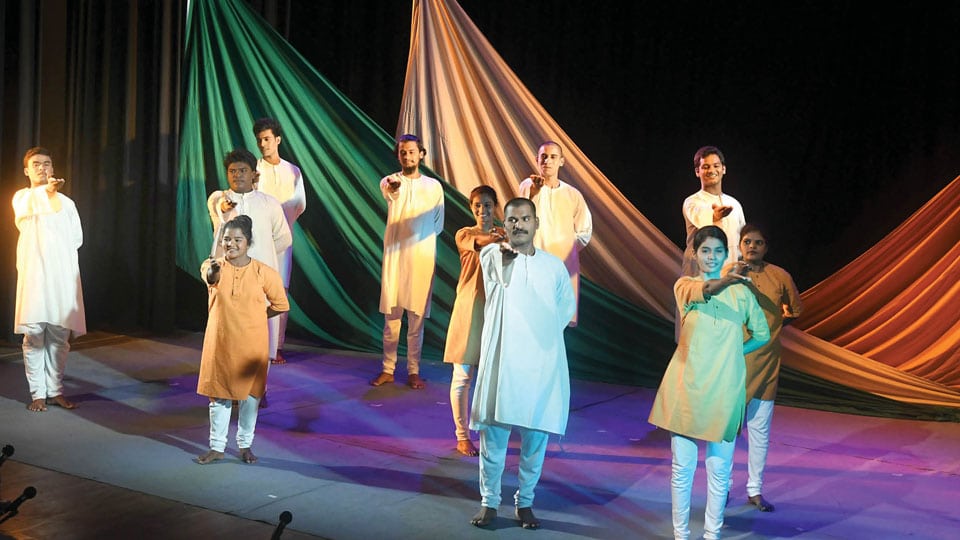 Mysore/Mysuru: ‘Sutradhara‘, a play based on the Indian Constitution marked the fifth day of the eight-day ‘Dasara Rangotsava’ organised as part of Dasara at Rangayana here yesterday.

The play revolved around the salient features of the Indian Constitution, which advocates equality and education for all.

‘Sutradhara’ play also portrayed the trauma that the country underwent during the partition, Mahatma Gandhi’s Freedom Movement, unification efforts of Jawaharlal Nehru and Sardar Vallabhbhai Patel and the pains taken by Dr. B.R. Ambedkar in the formulation of the Indian Constitution.

The play also makes an attempt to end the confusions over Constitutionally mandated reservation for oppressed sections of the society, highlights Mahatma Gandhi’s non-violent freedom struggle and underlines the spirit of patriotic songs.

The play is scripted by senior Rangayana artiste Ramanath and directed by Mahesh Kallatti.

Prior to the enactment of the play, writer Dr. Sudhakar Hosalli, who spoke, said that the Indian Constitution has given all rights, which are hardly found in the Constitution of all other countries. The Constitution will be in force as long as the country exists, he added.