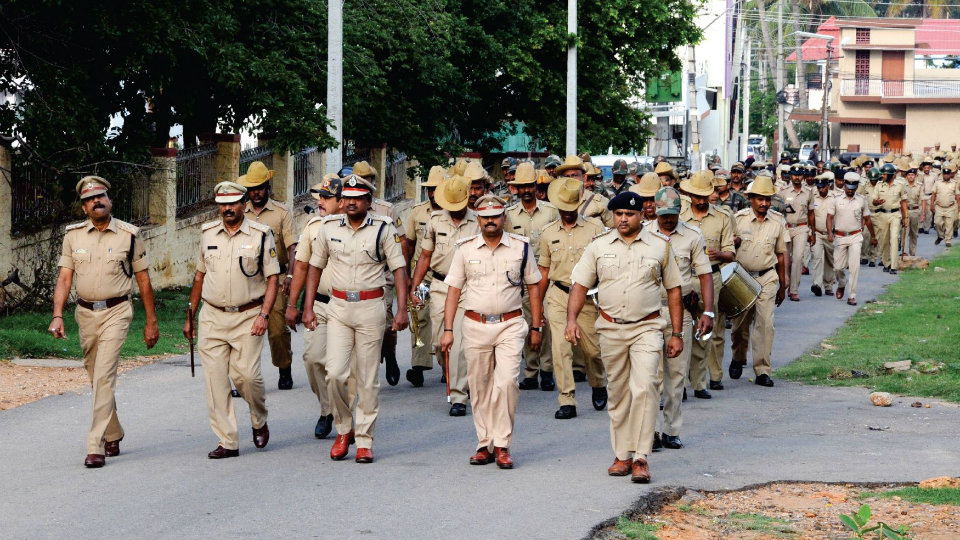 Mysuru: In the run up to the forthcoming Holy Ramzan Month and the 2018 Assembly polls, the Devaraja Sub-division Police conducted a Route March in city this morning to instil confidence among people.

Through the Route March, the Police have sent a message to the people that mischief mongers will be dealt with iron hand and people have been asked to observe the festival in a peaceful manner. Announcements were made through loud speakers that groupism, political, real estate and religious rivalry will not be tolerated and action will be taken against those who disturb peace.

The Route March was led by City Police Commissioner Dr. A Subramanyeshwara Rao and it began at 7.30 am from Nimra Masjid at Udayagiri. The march passed through Al-badr Masjid, Quba Masjid, M.G. Road, Provident Fund Office Road, Kyathamaranahalli Circle, Ghousia Nagar and Mahadevapura Road. The Police marched back to Nimra Masjid at around 9 am. 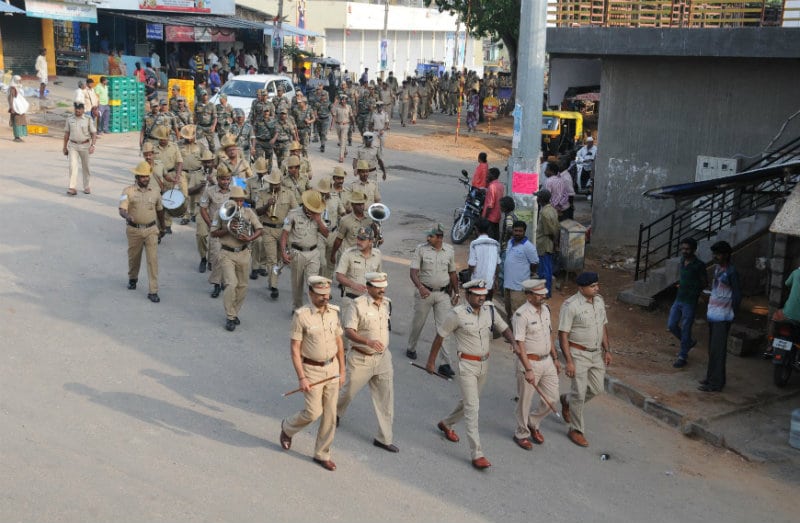 DCP (Law and Order) Dr. H.T. Shekar, DCP (Crime) N. Rudramuni, Devaraja Sub-division ACP B.S. Rajashekar, Inspectors and Sub-Inspectors and civil Police constables were present. Such Route Marches will also be conducted in other divisions – Narasimharaja and Krishnaraja – in the near future.