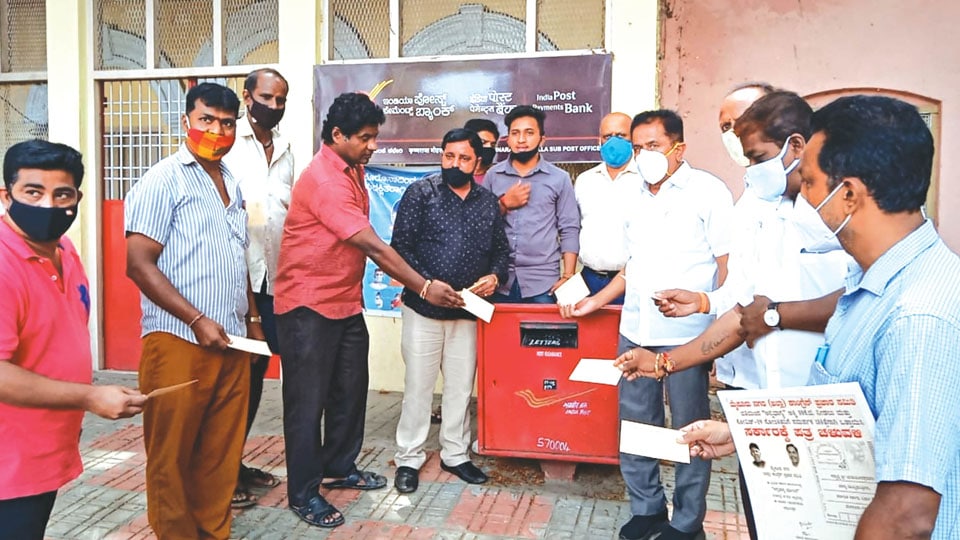 The protest was held at Lakshmipuram Post Office, Narayana Shastri Road, where the protesters posted cards at the postal box. They urged the Government to restart the Anna Bhagya scheme, which had been launched by the then Chief Minister Siddharamaiah and tackle the pandemic in a more effective way.

Alleging that the State BJP Government has failed to contain the spread of pandemic all over the State, members of Mysuru Kannada Vedike, wearing black bands, held protest at Mysore City Corporation (MCC) Zone-1 premises located at Agrahara here this morning. The protestors shouted slogans and urged Chief Minister and Health Minister to resign immediately.

The district administration should immediately set up a Gruel Centre (Ganji Kendra) and distribute food to such persons daily, they demanded.  Samithi members Malnadi, K. Nanjappa and others were present.