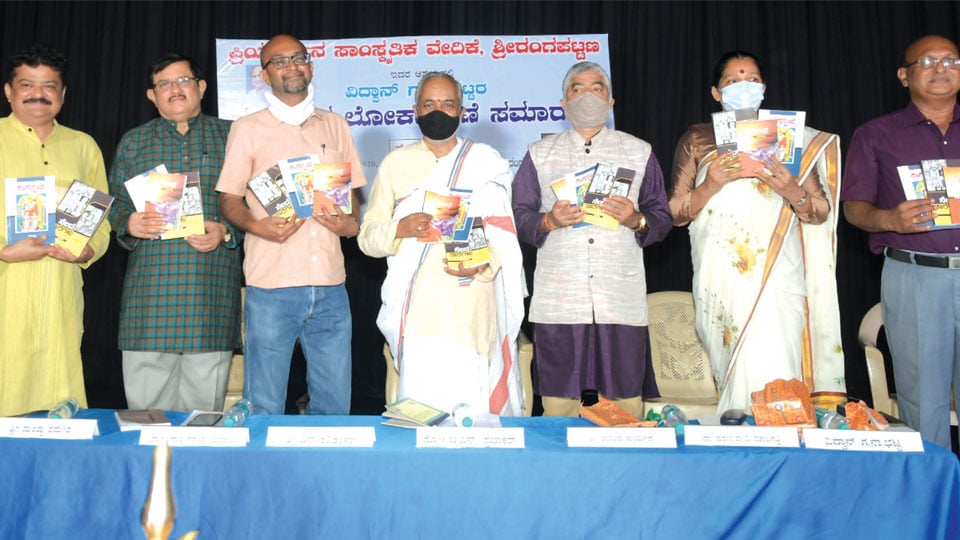 Speaking after releasing the books, Police Training School Principal Dr. Dharanidevi Malagatti said, “Vidwan G.N. Bhatt has been contributing to the field of literature without much pomp and show. The articles written by the author of these books are of immense value and are about history, culture, literature, theatre and other such interesting topics. In these articles, he has quoted a number of Sanskrit shlokas in between. Readers would get more benefit if they have little Sanskrit knowledge while reading these books. I wish he would write more and more of such books. Both the Government and our society need to recognise such authors and honour them.”