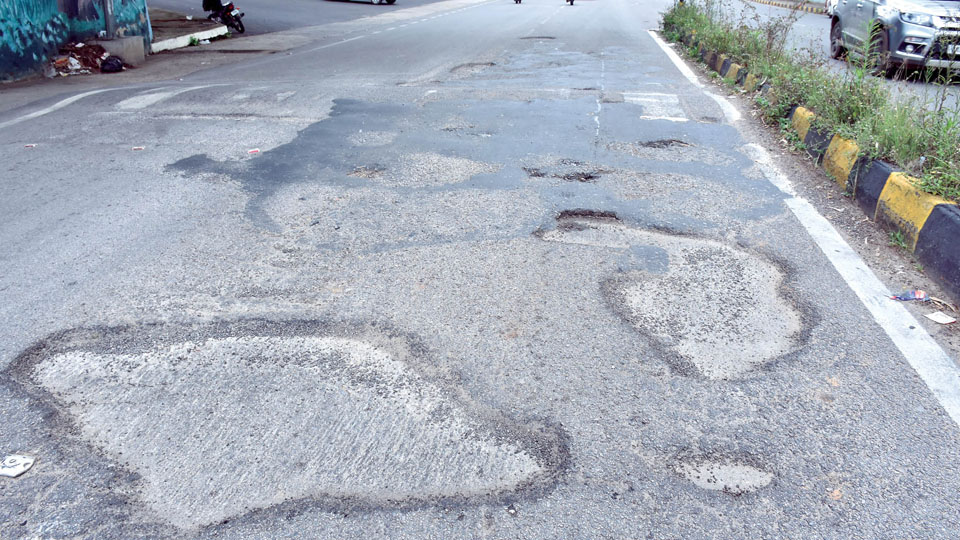 Mysuru to be pothole-free in New Year-2021

Mysore/Mysuru: Mysuru City Corporation (MCC) has an ambitious plan of filling up all potholes across the city before December 31. The Corporation has already released Rs. 10 lakh for each Ward for all 65 Wards to repair potholed roads all over the city. Tenders will be called soon to take up filling up of pothole on priority.

MCC Commissioner Gurudatta Hegde told Star of Mysore that “filling up of potholes on important roads have started. In fact, it was taken up during Dasara but suspended due to rains. We knew very well that repair will not last long for more if it was done during rains.”

In the first phase of work, potholes on major roads in city as well as in extension areas has been taken up at a cost of Rs. 25 lakh. With this, all potholes in Central Business District and on main roads will be filled up. The select contractors had been given piece-work contract. The work is expected to be completed within a week.

The roads which were dug up to lay the underground cable, too were being repaired. Since the road cutting was more than one feet, motorists were finding it difficult to drive. Understanding this, MCC has taken up the work on filling up those roads.