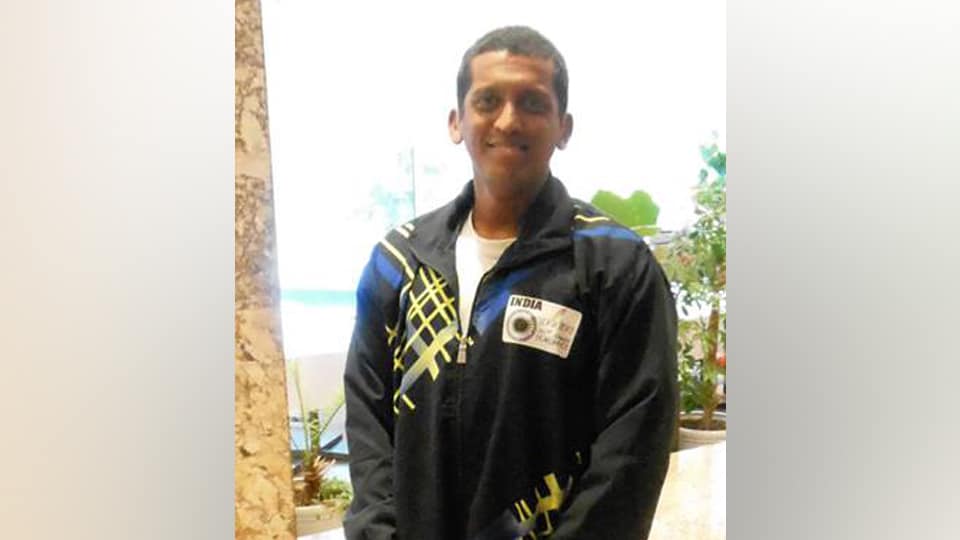 D.H. Prashanth, a hearing impaired tennis player from Mysuru, who had represented the country in the Deaflympics held at Sofia in 2013, has been denied an opportunity to take part in the XXIII Summer Deaflympics 2017 to be held in Turkey from July 15, due to the mismanagement in the All India Sports Council of the Deaf, a National Apex body for deaf sports.

Prashanth, a runner-up in the men’s singles in the 20th National Games for Deaf during 2016, was not given the official letter by the Mysore District Deaf Association to the Karnataka State Association for the Deaf resulting in his name not being recommended for the selection trials held at Chennai.

Representations were also sent to the Sports Ministry recommending Prashanth’s inclusion in the Indian squad by Mysuru MP Prathap Simha on July 4, but till date there is no response from Sports Ministry.