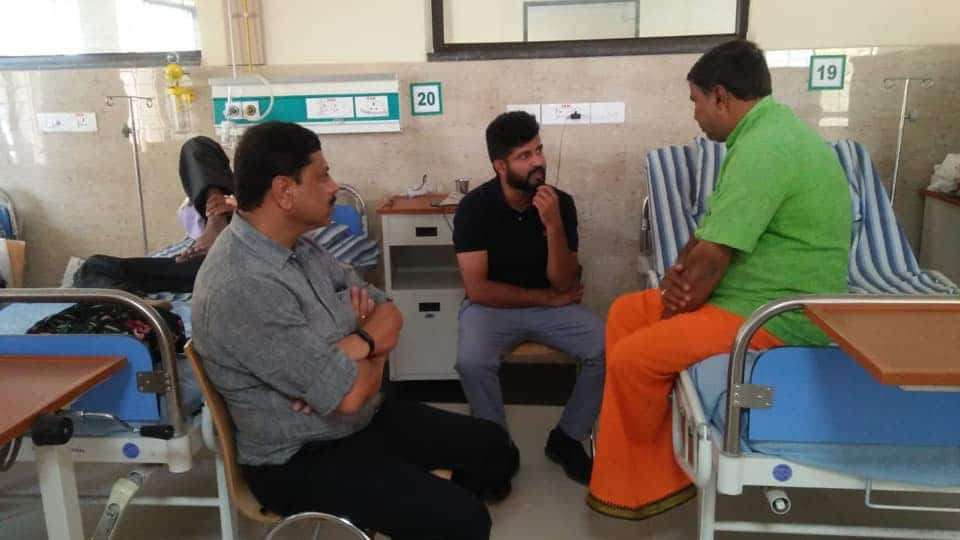 Simha took to social media platforms Twitter and Facebook to appreciate the decision of Siddharamaiah to construct Sri Jayadeva Institute of Cardiovascular Sciences and Research Centre in Mysuru. He said that he had been to Jayadeva Hospital on KRS Road to meet Annaiah Nayaka who is admitted at the hospital following a mild heart attack and said the building and the facilities have been excellent and thanked Siddharamaiah for providing Rs. 168 crore for the building.

In the same post, Simha has attached photographs of the hospital and his visit to an ailing Annaiah Nayaka and thanked Dr. C.N. Manjunath, Hospital Director, for the best healthcare and facilities. He also thanked former Chamaraja MLA Vasu along with Siddharamaiah for their political will.

Reacting to the MP’s tweet, the Twitterati praised Pratap Simha for appreciating the good work. Development must be above politics and politicians must come out of political barriers to praise people-friendly development works, they said.

“I really appreciate the way you are recognising opposite party’s work. It is professionalism to appreciate what is good and oppose what is bad. I hope other Ministers from whichever party they belong to, take this as an example,” said a tweet.

While Mysuru District Congress thanked Pratap Simha for revealing the truth to the people of Mysuru, former Minister Dr. H.C. Mahadevappa refused to rise above politics and said that the BJP was following double standards. “People who criticise Congress and Siddharamaiah on development front during election time are now praising them for the good work. This shows BJP’s double standards,” he said.