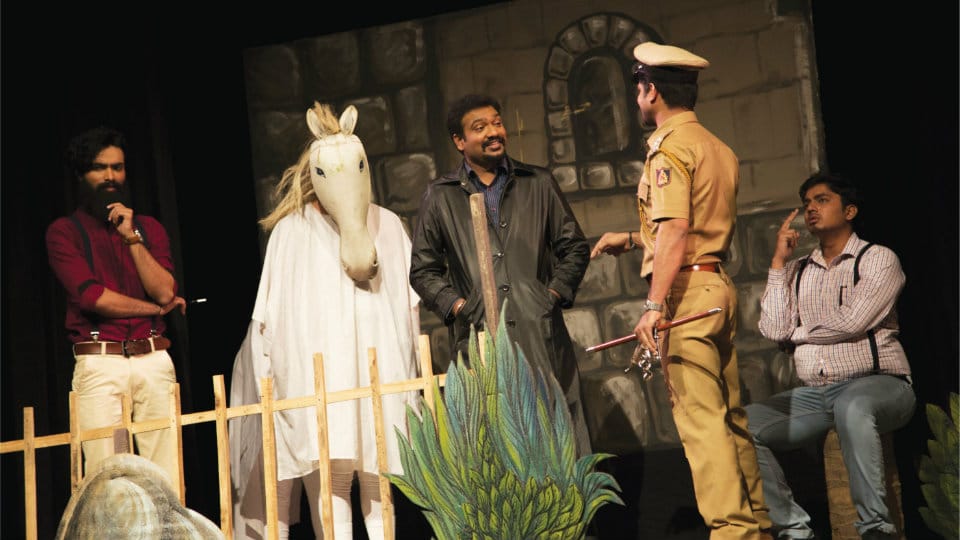 Pravara Art Studio will present ‘Jupiter,’ a Kannada suspense thriller at Vanaranga in Rangayana premises on Mar. 24 at 7 pm. The play, written by S.V. Krishna Sharma, is based on a story written by Sir Arthur Conan Doyle and directed by Hanu Ramasanjeeva.

‘Jupiter’ was staged earlier in Bengaluru in August, September, October 2016 and January, March 2017.

The story begins with the missing of a hot favourite race horse — ‘Jupiter’ and with the mysterious murder of its trainer, Bhopat Lal. Eventually, the Police Inspector starts with his investigation but Jupiter’s owner, Pratap Jain seems to have no faith in the Inspector’s investigation.

As Pratap Jain wants his horse to take part in the Derby race, he invites the great detective, Sharaleka and his comrade, Dr. Vaatsayan to take over the case so as to help him out.

Detective Sharaleka seems to be unshaken and is always as composed as he looks to be and starts to break the ice.

He is always differed from the Inspector’s imagination and is beyond anyone’s reach and understanding. He, in his distinguished streak of handling cases, starts to look out for clues and in this look out; he comes across many dependent characters with their tales having no connectivity. With such a baffled situation Sharaleka unfolds the mysteries of who is the murderer and who is behind Jupiter’s heist.