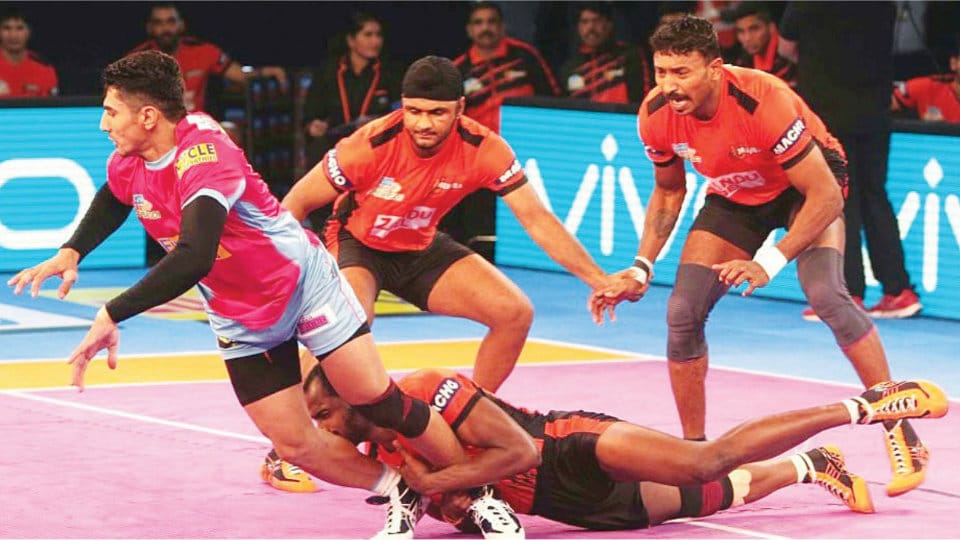 They were under constant pressure but they brought all their experience into play and held their nerve to win 36-32 in a closely-fought game.

It was a battle between U Mumba’s Kashiling Adake and Jaipur’s Pawan Kumar early in the first half as both the raiders kept scoring consistently. U Mumba raiders kept their head and increased their lead to 5 points by inflicting an All-Out on Jaipur in the 8th minute courtesy of some solid raiding by Captain Cool Anup Kumar.

Jasvir, however, put up a brave fight to pick up another U Mumba All-Out and reduce the deficit to just two points in the 19th minute with the scoreline favouring the home side 32-30. Under pressure, the U Mumba side gave Jaipur the opportunity to level the scores at 32-32 with just a minute left but star raider Adake had other plans.

He came up with a game- changing 2-point raid with just seconds on the clock to tilt the match in Mumbai’s favour and the U Mumba defence before long lapped up Jasvir in his final raid to seal victory with a 36-32 scoreline.