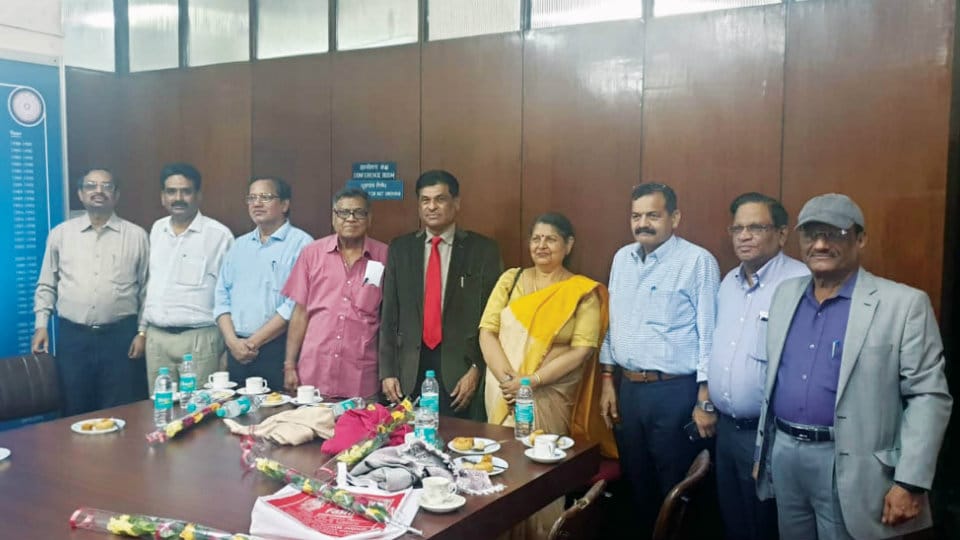 On the occasion, many members of ISCA and renowned scientists were present to greet and wish Prof. Rangappa’s success.

The election to the General President’s post of ISCA was held earlier, which has an All India Membership base. The counting was held on Mar. 15, 2018. Then retired Professor of Organic Chemistry of University of Mysore Prof. Rangappa had been elected by a record margin of votes.

In all, 59 members cast their votes to elect the ISCA General President. Out of them two were invalid votes. All the remaining 57 votes went in favour of Prof. Rangappa. As a result, Prof. Rangappa has the unique distinction of being the first General President in the 107-year-old history of ISCA to bag hundred per cent votes.