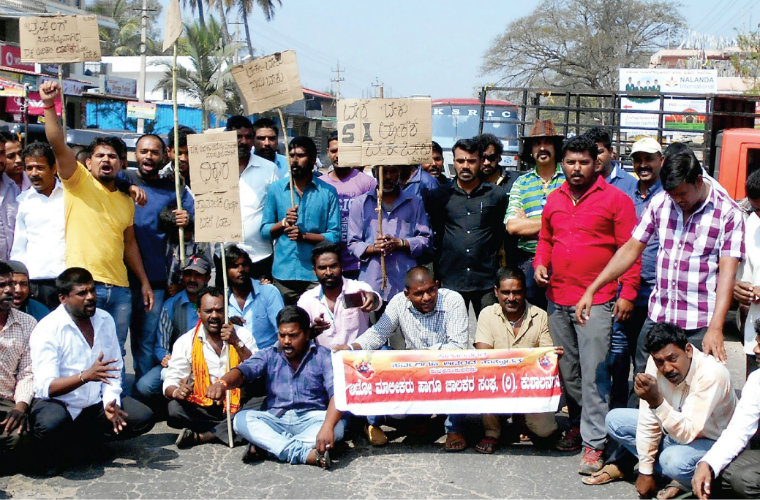 Protest against transfer of Bylakuppe SI

Alleging that Bylakuppe Police Sub-Inpsector (PSI) P. Lokesh was prematurely transferred, members of the public staged demonstration at Bylakuppe and Koppa in the taluk recently demanding immediate revoking of transfer.

Claiming that Lokesh, who took charge as Bylakuppe PSI just seven months ago, had dealt with criminal, anti-social and illegal activities with an iron hand, the protestors wanted to know why he was transferred in the first place.

Members of Auto Drivers and Owners Association and other organisations and people from surrounding villages took part in the demonstration.