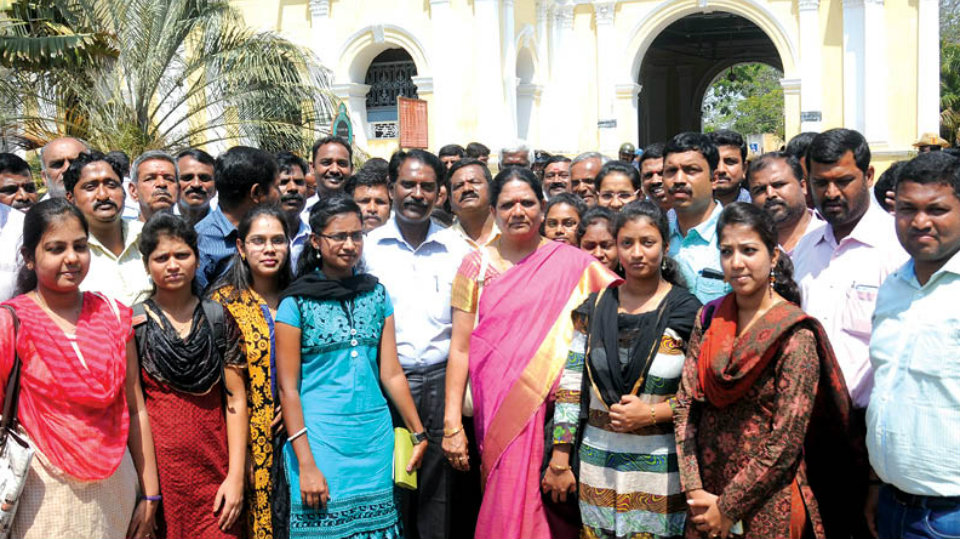 Urging for the fulfilment of their demands, various organisations staged separate protests     in city yesterday.

Bahujan Samajawadi Party (BSP): Condemning the Supreme Court judgment that said that there is no need for reservation in promotion for SC/ST Government employees, the members of BSP staged a protest near Deputy Commissioner’s (DC) office here and urged the State Government to submit a review petition to the Apex Court in this regard.

The protesters also urged for rejuvenation of lakes and demanded compensation of Rs. 25,000 per acre to farmers of Kabini Right Bank who have suffered crop losses.

The protesters alleged that though they had submitted a memorandum earlier in this regard, no action was taken by the authorities concerned and said that they were already involved in segregation of Village Accountants Social Security Scheme applications, which they were carrying it out without any  basic facilities.

They added that the additional work had severely affected them.

The protesters alleged that the roads, which were dug up to lay UGD pipes and Reliance cables in the MCC Ward No. 57 two years ago, were not covered till now and had resulted in the roads going from bad to worst with numerous potholes making the road unmotorable.

The protesters demanded asphalting the roads at the earliest.