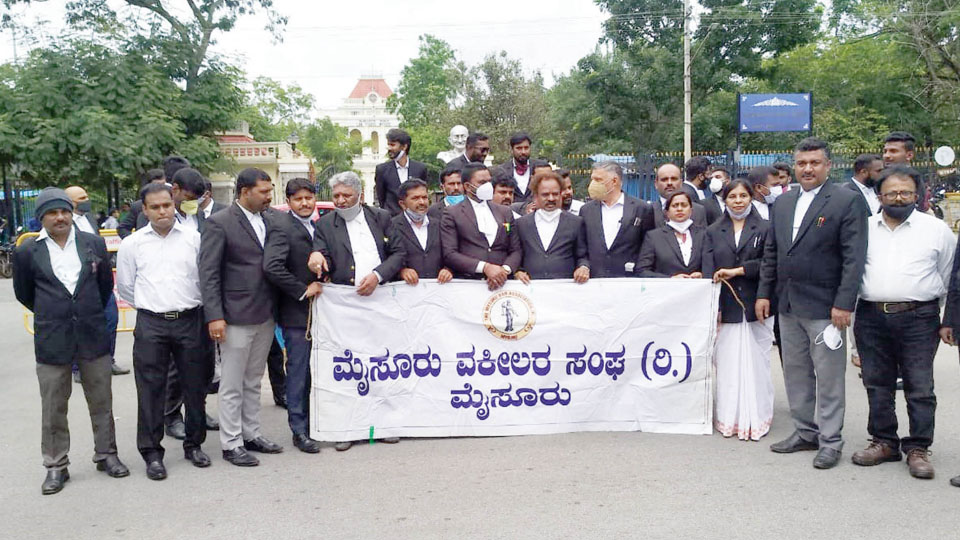 Mysore/Mysuru: Accusing a Police Sub-Inspector attached to a City Police Station of using abusive language against Lawyers, members of the Mysore Bar Association staged a snap stir in city yesterday.

The Advocates who gathered near Mahatma Gandhi’s bust opposite the District Law Courts Complex here, staged a demonstration for over half an hour.

Maintaining that a male Lawyer had gone to the Police Station to meet his client and had called the PSI over phone as he (PSI) was not present, when the PSI used abusive and foul language against the Lawyer, the Bar members said that they would lodge a complaint with senior Police officials and also file a private complaint against the PSI in question at the Court.