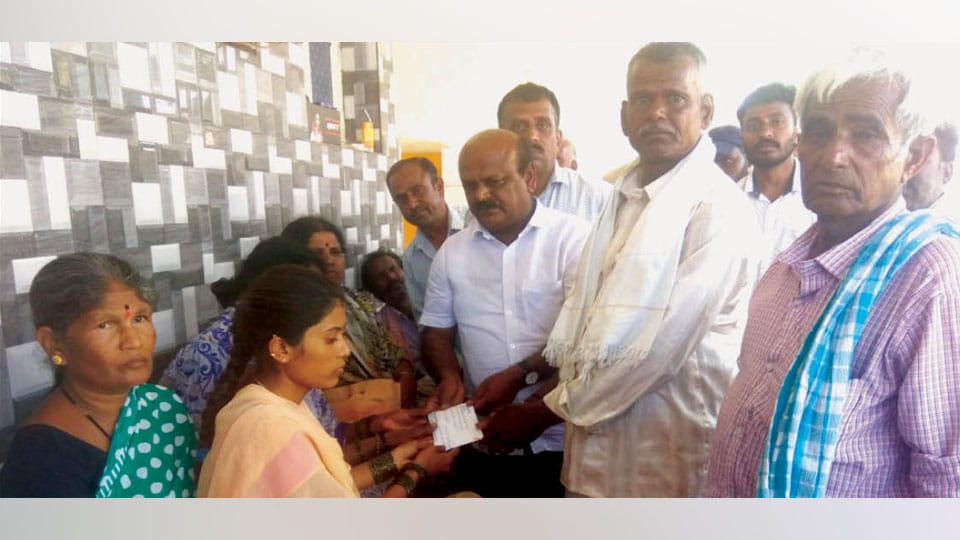 Members of Kanagonahalli  Primary Milk Producers Cooperative Society of Pandavapura taluk, led by its President Paramesh Gowda, met Kalavathi, wife of Martyr Guru, who was killed in Pulwama terror attack recently, at his native place Gudigere village near K.M. Doddi in Maddur taluk and handed over a cheque for Rs.27,500. They also consoled the grief-stricken Guru’s family members.