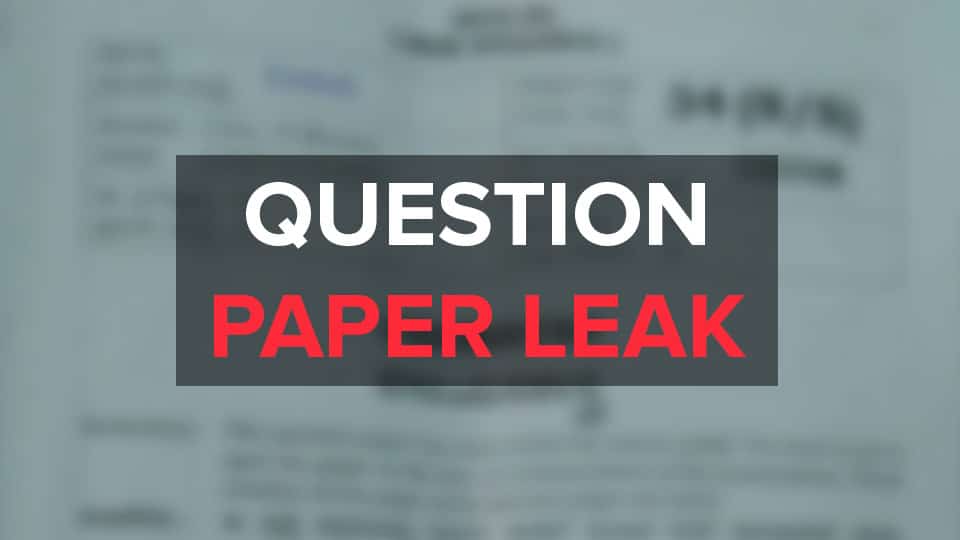 The Principal of Srimanmaharaja Samskrita Patashala in city has lodged a complaint at K.R. Police Station over the leakage of Sarwagama Pravara Sahitya – Paper II.

Principal K.M. Mahadevaiah, who has lodged the complaint, has stated that the Commissioner of the Religious Endowment Department on Mar. 19 afternoon had called him and informed him that a TV channel was telecasting a news item pertaining to the leakage of 2016-17 Sarwagama Pravara Sahitya – Paper II and instructed him to obtain the paper from the TV channel for verification and asked him (Principal) to postpone the exam if the question paper was same.

Accordingly, Mahadevaiah, who approached the TV channel, obtained a copy of the question paper and on verifying it, he found that it was the same question paper which was to be issued for the students  taking up the exam on Mar. 21 at 10 am.

The Principal, after confirming that it was the same question paper, has lodged a complaint at K.R. Police  Station.