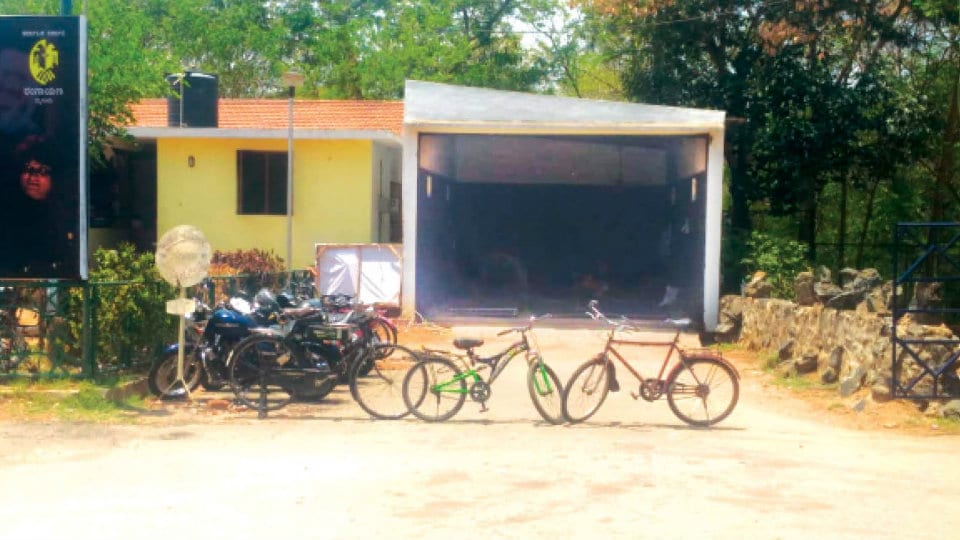 The report in yesterday’s Star of Mysore titled “Security Guard injured as metal door falls on him at Rangayana,” has spurred the officials of Rangayana to take immediate action.

They have cordoned off the area, removed both the metal doors for repairs and are also repairing the wall adjoining the shed and the canteen that had developed cracks. They must have realised the gravity of the situation with ‘Chinnara Mela’ on and hence would have decided to take urgent steps.

Rangayana
US Masters Tournament: Tiger wins his 15th Major
Property tax: Will MCC clarify on depreciation in value of house?