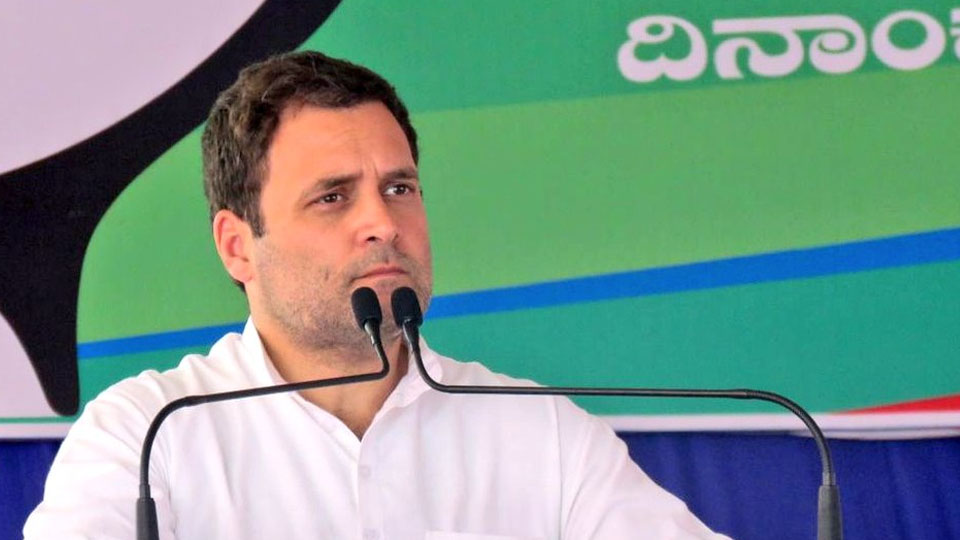 Rahul Gandhi to address rally in Mysuru on Mar.25

Mysuru:  Chief Minister Siddharamaiah has said that AICC President Rahul Gandhi will address a public rally in city on Mar. 25.

Speaking to press persons at Mysore Airport this morning, Siddharamaiah said that Rahul Gandhi will tour districts of Mysuru region on Mar.20, 21 and Mar.24. He will end his tour by addressing a public rally in city on Mar.25.

Replying to a question regarding the demand for a Rajya Sabha (RS) seat by the JD(S), Siddharamaiah said that the JD(S) had not yet approached the Congress for the RS polls which is scheduled to take place on Mar. 23.

The Chief Minister said that he will be flying to New Delhi tomorrow to discuss party nominees’ list.

When asked whether the poll results of North-Eastern States would have an impact on Karnataka elections, Siddharamaiah expressed confidence that the Congress would retain power and added saying, the proof was in the huge response his rallies have received.

Replying to a query whether Congress would opt for a tie-up with secular parties, the CM asserted that the Congress can win on its own.

After announcing the entry of Independent MLA and Nandi Infrastructure Corridor Enterprises (NICE) Chairman Ashok Kheny into Congress, the CM claimed that his party was hopeful of bagging 25 Assembly seats in Bengaluru alone.