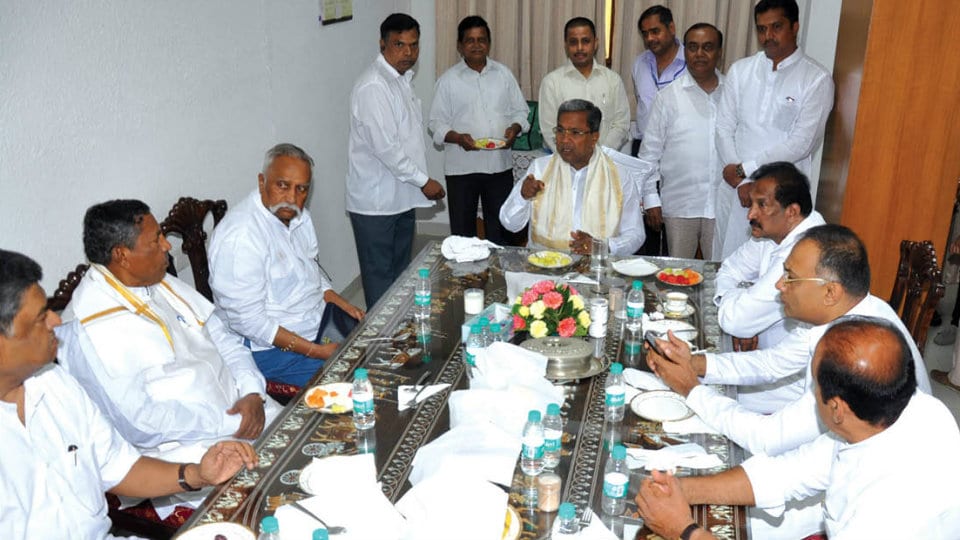 Bengaluru/Delhi: Even as it seems there is no end for speculation regarding the appointment of new State Congress Chief, the speculation reached a new high on Sunday with the Congress High Command convening a meeting of select party leaders from Karnataka in New Delhi today.

Chief Minister Siddharamaiah, along with KPCC President Dr. G. Parameshwara and others,  left Bengaluru for New Delhi last evening. Other leaders who have been invited for the meeting called by AICC Vice-President Rahul Gandhi are M. Mallikarjun Kharge, M. Veerappa Moily, M.B. Patil, R. Roshan Baig and H.K. Patil, it is learnt.

Today’s meeting is likely to deliberate on the observations made by AICC General Secretary in-charge of Karnataka K.C. Venugopal on strengthening the party in the State.

With reports on change of KPCC President doing the rounds, the meeting may also discuss whether change in leadership in the State Unit would be appropriate ahead of the 2018 Assembly elections.

Siddharamaiah, who landed in New Delhi yesterday, had discussions over breakfast today on party affairs with his senior party colleagues at Karnataka Bhavan.