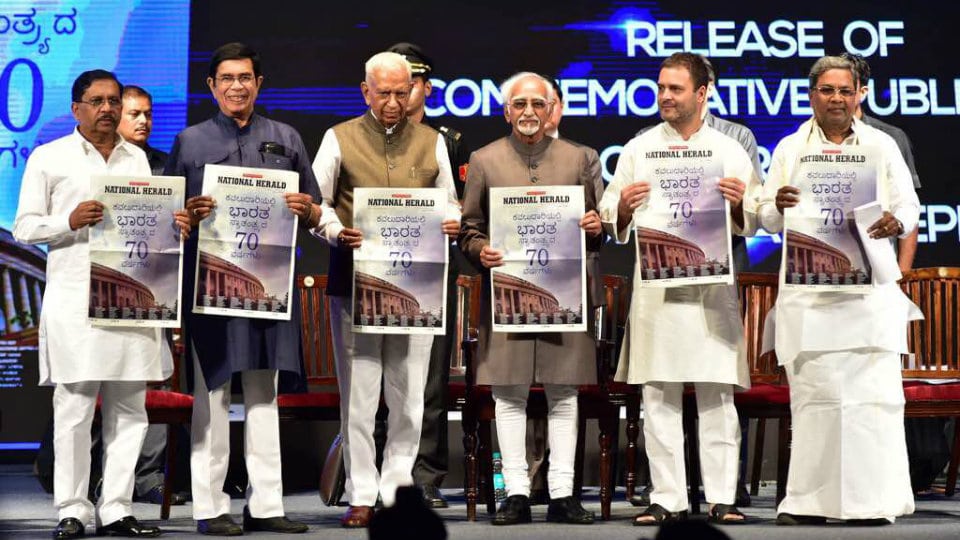 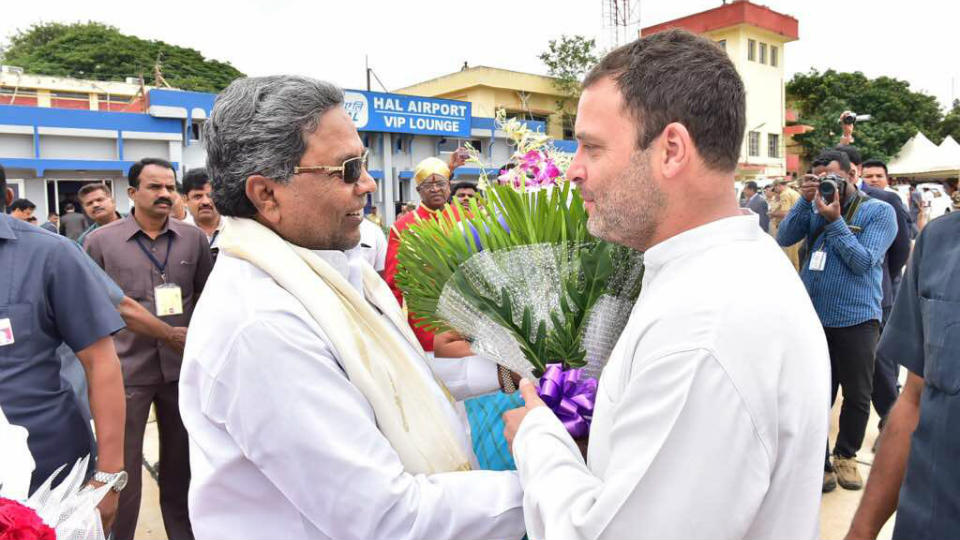 AICC Vice-President Rahul Gandhi being welcomed by the CM. Rahul Gandhi arrived in Bengaluru for the re-launch of ‘National Herald’ Weekly Newspaper.

The National Herald was launched in 1938 by Jawaharlal Nehru.  Last year, the newspaper returned with a digital version eight years after it shut down with an alleged unpaid debt of about Rs. 90 crore. 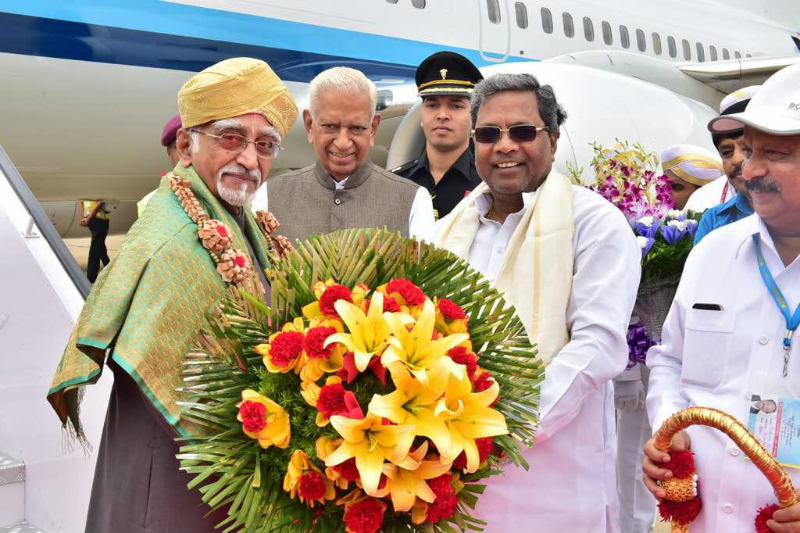 Chief Minister Siddharamaiah greeting Vice-President Hamid Ansari on his arrival at the HAL Airport in Bengaluru this morning.

The National Herald is at the centre of allegations that the Gandhis set up the Young Indian company to buy the newspaper’s debts using Congress party funds and illegally acquired property worth Rs. 5,000 crore belonging to the newspaper.