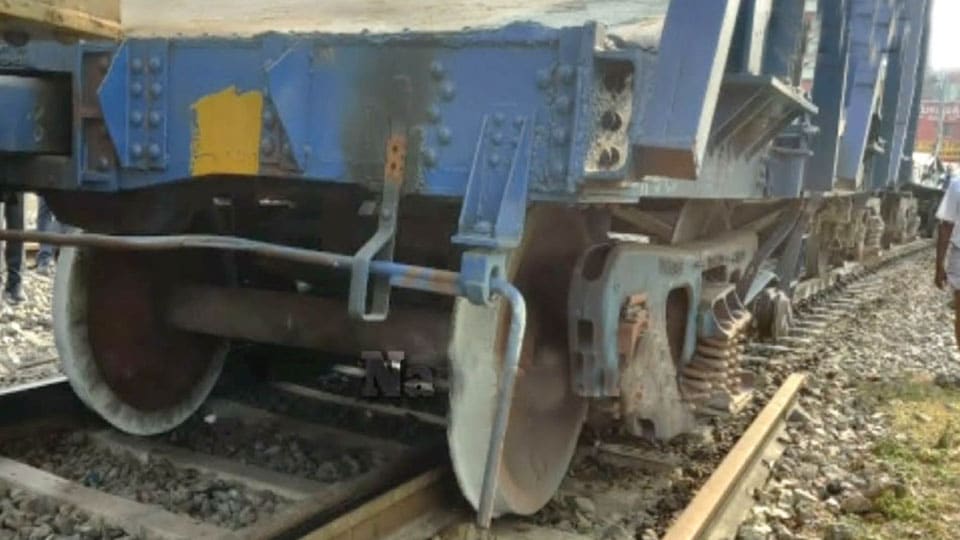 Mysuru/Bengaluru: A derailment of a goods train led to delay in the running of several trains from Mysuru towards Bengaluru on Friday evening. Four wheels of the 21-coach train with open wagons veered off the tracks.

Trains were delayed by over two hours, causing inconvenience to the passengers disrupting peak hour traffic between Mysuru and Bengaluru. The incident occurred at around 3.10 pm at Nayandahalli near the Binny Mill side of KSR Railway Station in Bengaluru when four wheels of a wagon of the train that had unloaded rail panels at Kengeri derailed.

According to a press release by the Railways, the train stopped near KSR Bengaluru Station (home signal) and this led to temporary blockage of one of the two lines. The railways arranged movement of trains by ‘temporary single line working on double line’

Trains running from Mysuru to Bengaluru were operated through the ‘Down Line’ that was monitored by senior officers of the division. According to Senior Divisional Commercial Manager, Bengaluru Division, A.N. Krishna Reddy, nine ‘up trains’ and two ‘down trains’ were delayed.