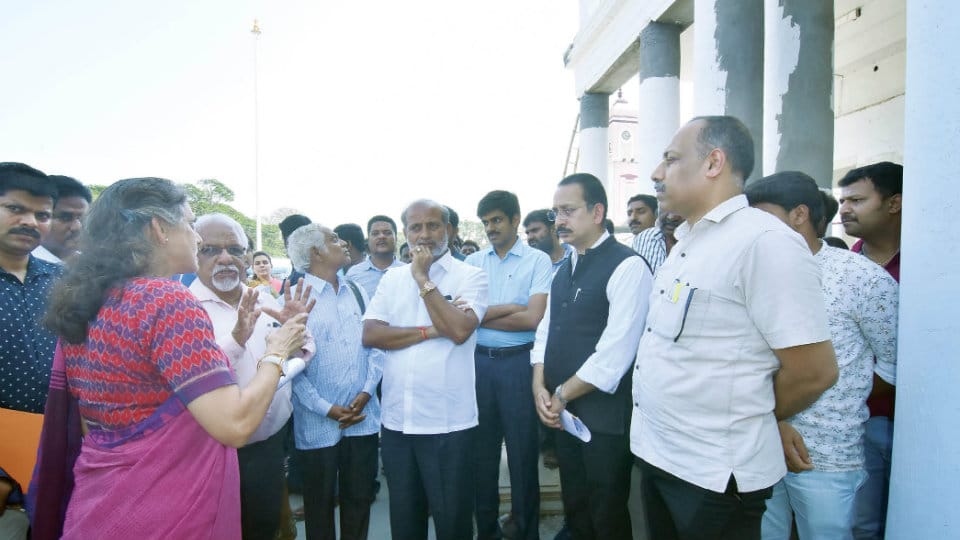 Mysore: The heritage structure of the Mysuru City Railway Station has been expanded but by violating the heritage norms, said Tourism Minister S.R. Mahesh.

When this issue was brought to my notice I had a talk with the Divisional Railway Manager (DRM) and asked her to stop the work till the permission is taken. But they had continued with the work and we could not do anything about it as the Model Code of Conduct was enforced due to Lok Sabha elections, said Mahesh, expressing his disappointment.

If all the owners of the heritage buildings also follow the same way, then the heritage structures will lose their identity. Hence, this violation by the Railway authorities should be viewed seriously, he added.

There is a provision to take action under Town Planning and Municipal Act. However, seeing that this could lead to a confrontation between the State and Central Governments, I requested them to take permission. Hence, we did not take action under this Act. This Act clearly defines how the heritage works should be taken up. MP Pratap Simha must read this Act. We are not opposing the development work, said Mahesh.

This issue will be brought to the notice of the Chief Secretary, following which a meeting will be held and the Chief Minister will also be briefed. Then the future course of action will be decided, he said.