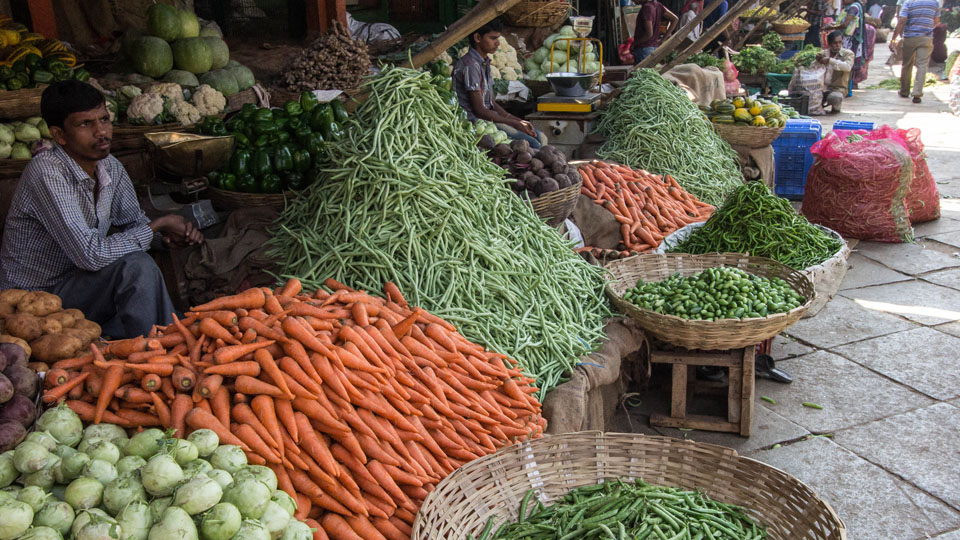 Mysuru: Heavy rains that lashed the State recently have pushed up the prices of vegetables. The residents of city, just coming out of the scare of inundation from recent rains, now have to bear the brunt of costly vegetables.

Push cart vendors too are facing the problem as consumers tend to bargain on price and sale had come down owing to price rise. Consumers with no way to go have begun to reduce consumption of  vegetables to beat the price rise and include cheaper alternatives in recipes.

However a few sources said that vegetables were being sent to Kerala resulting in short fall of stock, thus pushing up prices.

The situation may not ease for the next two or three weeks unless vegetables arrive from other states.