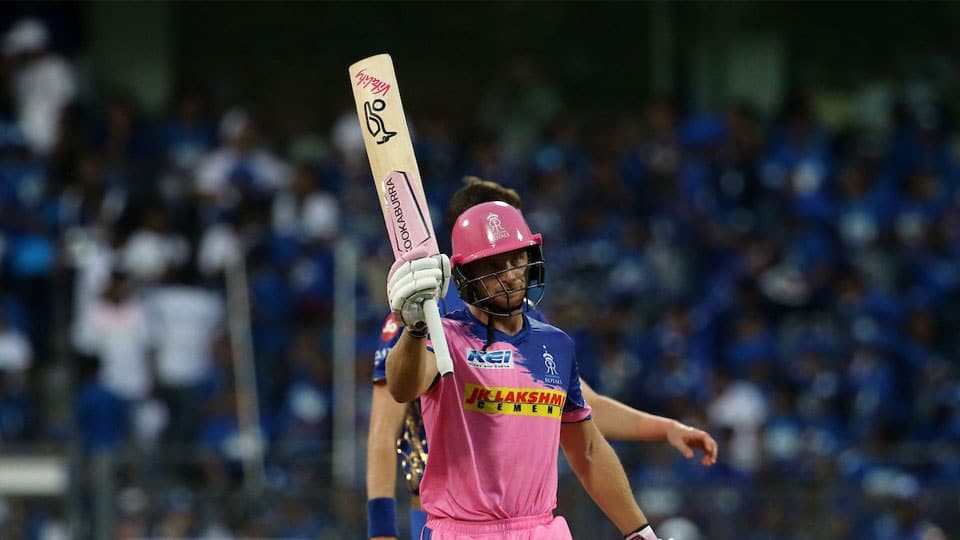 Mumbai: Rajasthan Royals (RR) survived a late implosion to beat Mumbai Indians (MI) by 4 wickets and three balls to spare at the IPL match at the Wankhede in Mumbai on Saturday.

Jos Buttler was the star of the show with the bat. The Royals opener plundered 89 runs off 43 balls, picking out an Alzarri Joseph over for special attention. Following Buttler’s dismissal, RR lost a few wickets in quick succession and the match sprang back to life in the last three overs.

However, Rohit Sharma threw the ball to Hardik Pandya in 20th over despite Jason Behrendorff and Joseph having one over each up their sleeves. Shreyas Gopal finally hit the winning runs with three balls to spare. Put into bat first, MI had scored 187/5 in their 20 overs.

Rohit Sharma (47) and Quinton de Kock (81) were the main run-getters. Hardik Pandya (28*) also came up with a valuable cameo at the end. Openers Rohit Sharma and Quinton de
Kock got the home team off to a rollicking start and it looked as if they would cross 200. However, Jofra Archer (3/39) took some important wickets to peg the scoring rate back.

Shreyas Gopal (0/21) also put pressure on the home team with his tidy bowling.

Jos Buttler was chosen as the Man of the Match.