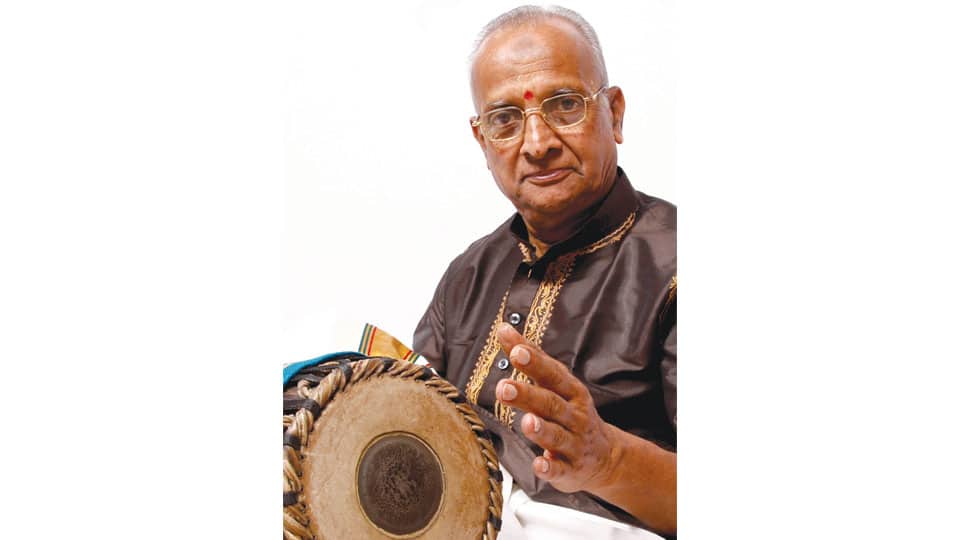 Chief Minister Basavaraj Bommai will confer the award during the inauguration of Dasara cultural programmes to be held in the Palace premises at 6 pm tomorrow (Oct. 7).

The award carries a cash prize of Rs. 5 lakh, an idol of Goddess Saraswathi and a citation.

Vidwan A.V. Anand, son of A. Venkobachar and Nagamma couple, learnt his early lessons in music at an young age.

He later studied music under ghata Vidwan K.S. Manjunath and gained expertise in mridanga. He gave his first music concert along with violin maestro Piteelu T. Chowdiah way back in 1945. Later on, he has performed in many musical concerts for decades, along with several other great musicians.

Vidwan A.V. Anand is an Akashvani ‘A Top’ grade artiste. He has given several performances in countries such as USA, UK, Singapore and Malaysia, spreading the fragrance of Karnatak music and mridanga.

He has won many awards including the prestigious ‘Karnataka Kalashri’ award in 1999, K. Puttirao Memorial Palghat Mani Award in 1997, Asthana Vidwan of ISKCON in 2010 and ‘Srikanta Shankar’ award in 2015, given by Vidwan R.K. Srikantan Trust, among others.