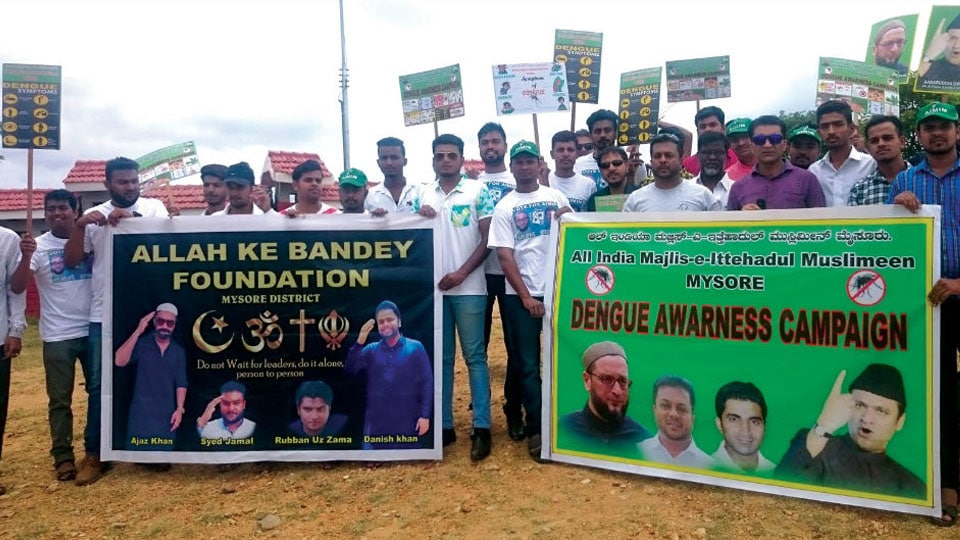 About 100 volunteers and members of All India Majlis-e-Ittehadul Muslimeen (AIMIM) and Allah Ke Bandey Foundation, took out a dengue prevention awareness rally this morning from Millennium Circle (LIC Circle) which was flagged off by AIMIM Mysuru President Nabeel Mohammed Khan. The members and volunteers, who first went on a padayatra till Bal Bhavan, later took out a bike rally visiting the slums near Jodi Tenginamara Road, Haleemnagar and Yellamma slum colony where they created awareness on hygiene and methods to be taken to prevent breeding of mosquitoes and spread of dengue. AIMIM Convenor Rafathulla Khan, General Secretary Rubban Uz Zama, Syed Jamal of Allak Ke Bandey, Kainain Mirza of Anjuman-E-Hussania and Masjid-E-Jaffary, Mysuru, Syed Idris of Voice of Bengaluru-fame and others took part in the rally.