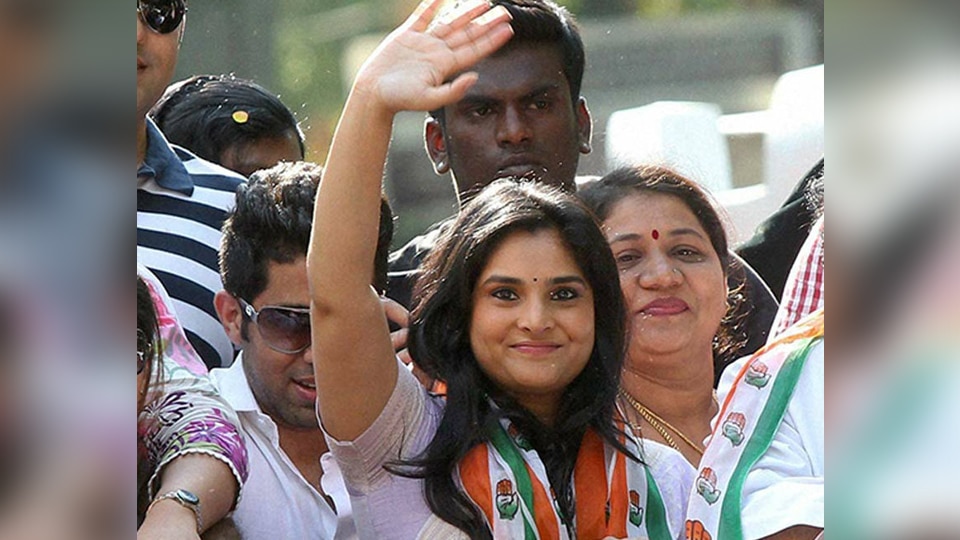 At a time when veteran politician and Karnataka’s former Chief Minister S.M. Krishna is all set to join BJP, it is rumoured that former Mandya MP Ramya is also likely to follow his footsteps. Krishna is Ramya’s political mentor.

Ramya, the actress-turned politician, used to interact with people on Twitter on a regular basis. Surprisingly, she has remained inactive ever since Krishna decided to leave Congress. Her silence has given rise to speculations that she would join the saffron party soon like her mentor.

Meanwhile, the rumour of her joining BJP angered some BJP workers in Mandya who threatened to commit suicide if she was accepted into BJP. Some party workers have even written to State BJP President B.S. Yeddyurappa demanding that Ramya should not be allowed into BJP as she is only joining to secure herself a place in a political party that is now on a winning streak.