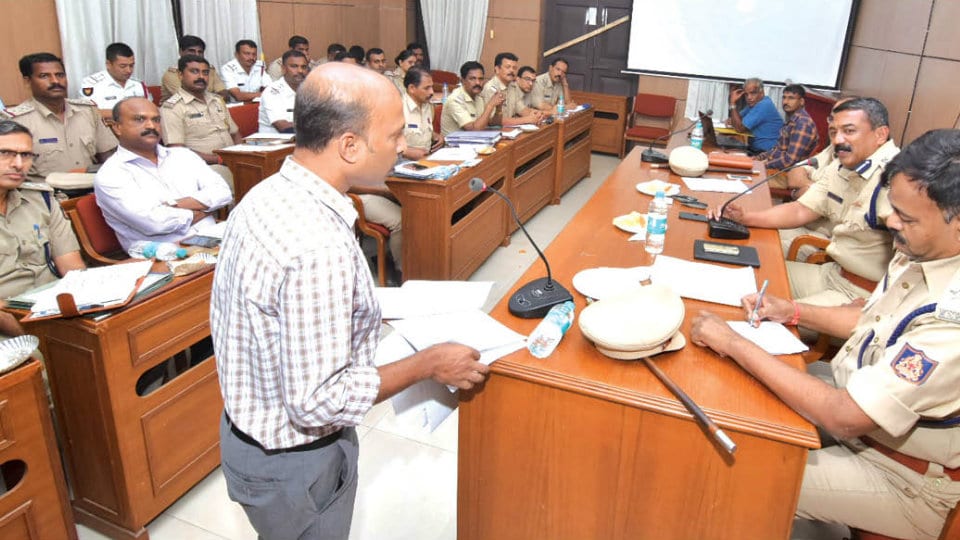 The Commissioner discussed about the deployment of tight police security in the sensitive areas of the city like Mandi Mohalla, Udayagiri, Kalyanagiri, Beedi Colony, Dr. Rajkumar Road and other Muslim-dominated places during Ramzan festival to be held on June 6.

The Department has also taken a decision to deploy sufficient Police personnel in order to prevent any untoward incidents right from the early morning prayers to midnight Tarawih prayers as well as around Mosques.

As many shops will be opened in the above areas for 24 hours, Police will also deploy mufti teams to prevent eve-teasing and chain-snatching. Police had already conducted meetings with Muslim religious heads to ensure free conduct of Ramzan.

Deployment of Police drawn from various units, installation of high definition cameras along the procession route among others issues were discussed at the meeting.