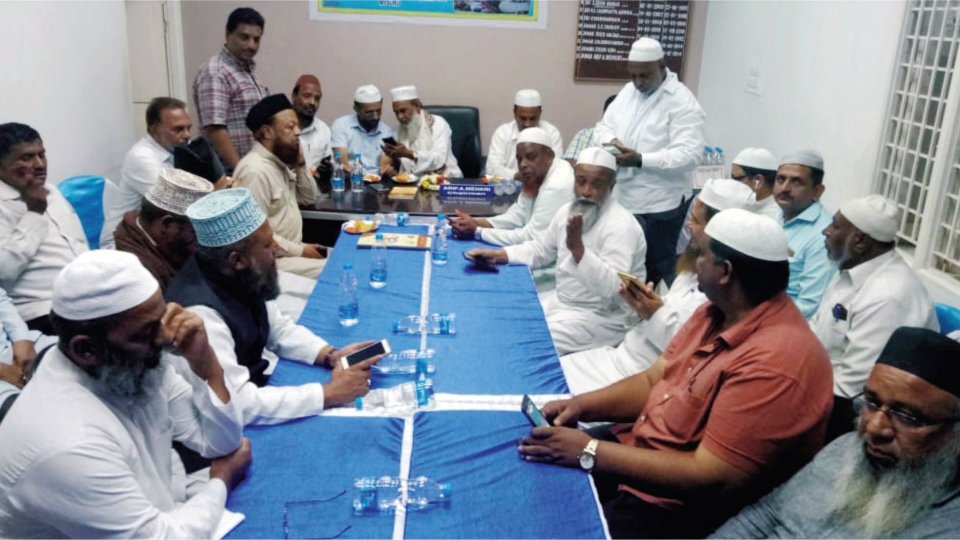 Mysuru: A meeting of Mysore District Moon Committee was held at the Office of the Mysore District Wakf Advisory Committee on Sayyaji Rao Road at 7 pm yesterday under the Chairmanship of Sir Khazi of Mysore Hazrath Moulana Mohammed Usman  Shariff Saheb.