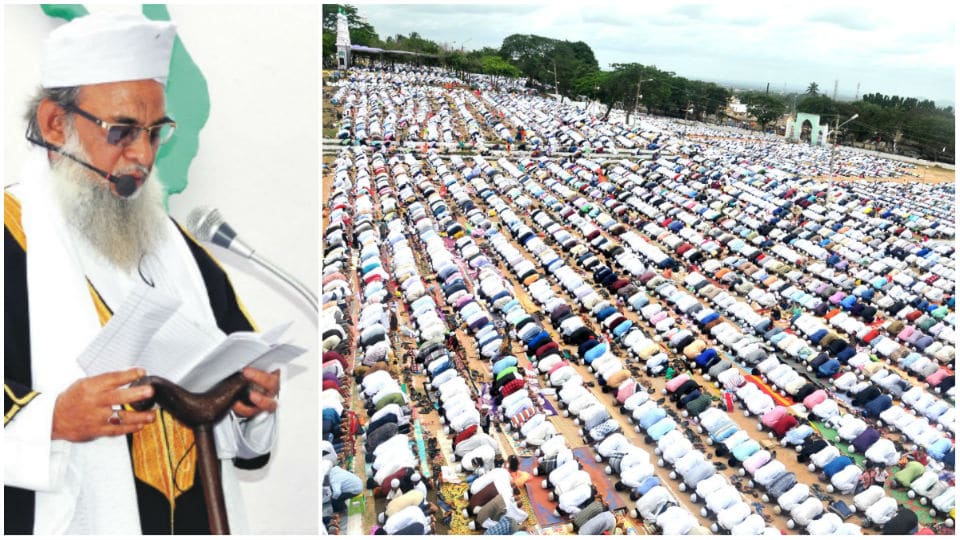 Mysuru: Sir Khazi Hazrat Maulana Mohammad Usman Sharief called upon the people to maintain peace and communal harmony in a strife-torn world today. Leading the Ramzan Prayers at the sprawling Eidgah Maidan in Tilak Nagar, as thousands of Muslims gathered here this morning, the Sir Khazi said, “The 30-day fast that the Muslims keep is a training for them to understand what hunger is and through that feel for the poor and needy. However, it should not be just during the month of Ramzan that one should be pious but implement such qualities throughout one’s life.”

Regretting lack of education, he said only when there is good education that people can progress. One should spread communal harmony, love and understanding throughout the world.

District in-charge Minister Dr. H.C. Mahadevappa, speaking on the occasion said, “Islam is a symbol of secularism, peace and communal harmony. In our nation, everyone is free to follow any religion. Dr. Ambedkar also mentioned in the Indian Constitution 70 years ago that everyone should be peace-loving and co-exist harmoniously.”

Corporator Suhail Baig was felicitated on the occasion for maintaining the Edigah Maidan and getting it cleaned for the occasion. 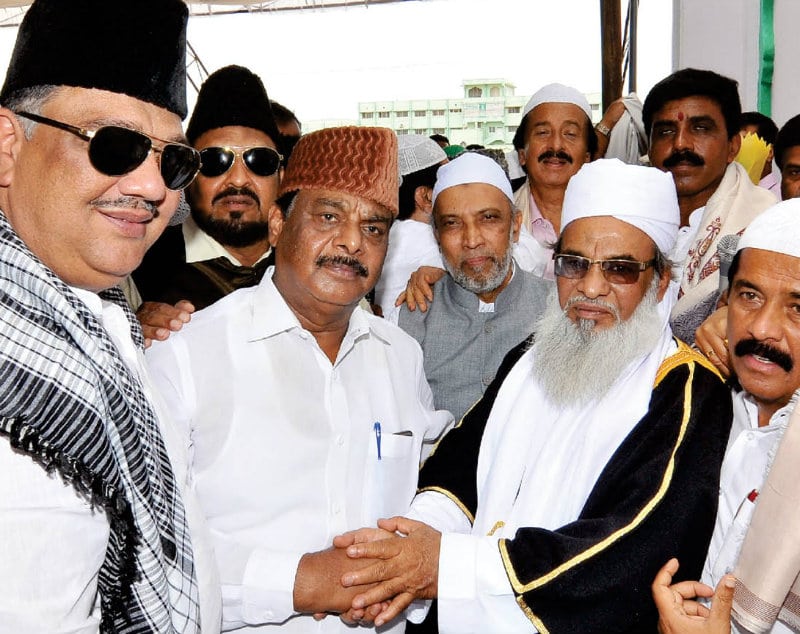 The Muslim brethren in traditional sherwani, pajamas, and white skullcap were found greeting ‘Eid Mubarak.’ The boys in colourful dresses and some wearing goggles  were also seen hugging one another in the traditional way.

Zakat, one of the obligatory charity, that has the potential to ease the suffering of millions, is one of the pillars of Islam. The poor living in Rajiv Nagar, Ghousia  Nagar and other areas were given Zakat. 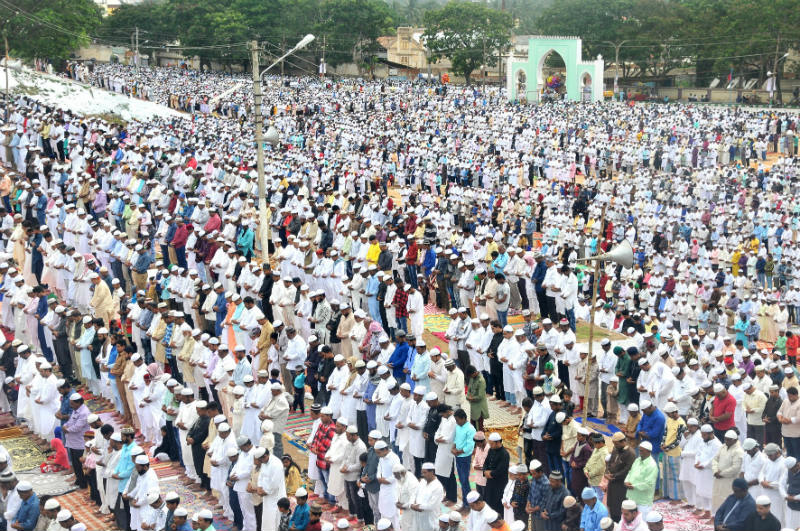