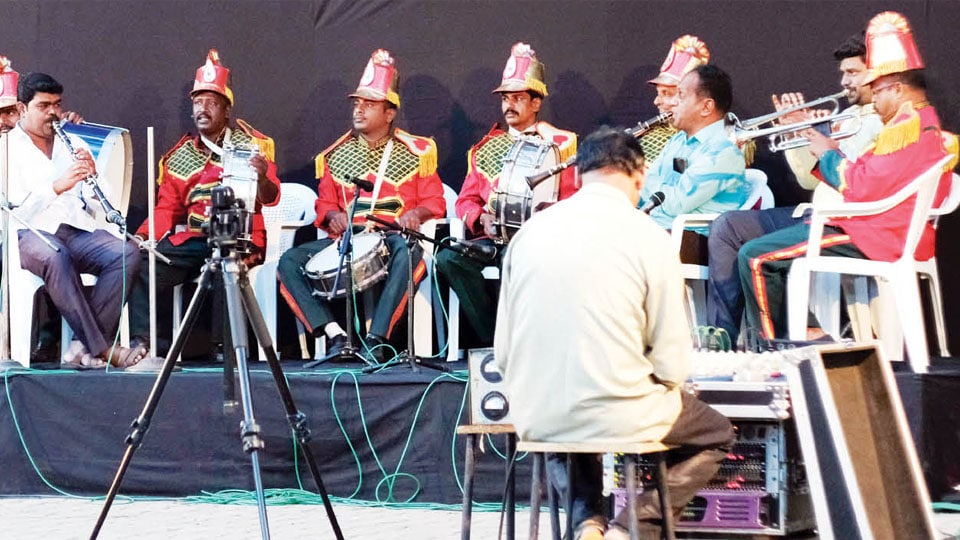 Picture below shows artistes of NiNaSam Repertory, Heggodu, staging the play ‘Karna Sangatya’ based on many Kannada poems under the direction of Ganesh Mandarti, at Mini Theatre in Kalamandira premises yesterday.