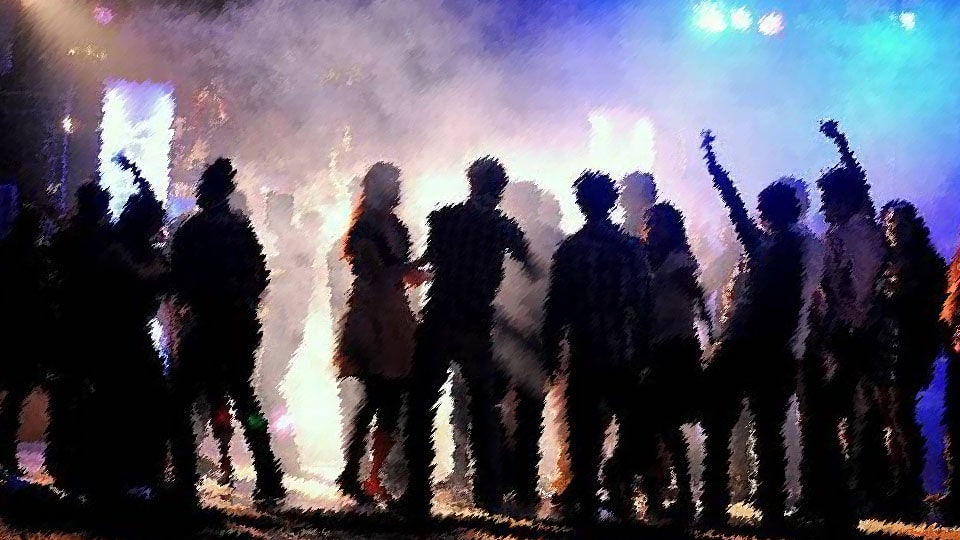 Ponnampet: Over nine months after the Kodagu District Police busted a rave party at a Home Stay at Nelaji village near Napoklu and arrested five persons, the District Police raided another rave party organised at Nalloor village in South Kodagu on Nov.2. This time, three persons, including the Home Stay owner,  were arrested.

A press release from the Police stated that there were over 121 people who were partying when the Cops raided the Home Stay late in the night. The Police received a tip-off that a rave party would be organised at ‘Wild Heaven,’ the Home Stay at Nalloor village near Ponnampet.

The Home Stay is owned by 45-year-old P.K. Muthappa alias Vivek. The local Police and District Crime Investigation Bureau (DCIB) sleuths raided the spot where over 121 people including 14 women were partying.

Police said all the participants were youths from various Multi-National Companies (MNCs) and were visiting the party from Bengaluru, Hyderabad, Chennai and Chandigarh. Others who were arrested are Hyderabad-based event organisers 25-year-old L. Nitish, a Master of Science student at Vignana Bharathi Institute of Technology at Hyderabad and a resident of that city and 22-year-old B. Bharathchandra, a B.Tech student in Hyderabad and a resident of Lemane Padu village in Guntur.

The organisers had titled the event ‘HOZO’ and the party was to be held on Nov.2 and 3. The event was widely shared in social media, inviting participants from all over the country.

Police said that liquor flowed freely, along with dried marijuana (ganja). As much as 65 grams of ganja, 21 beer bottles, two mobile phones, Omkar generator set vehicle, six DJ sound systems and cash of Rs.84,000 collected from the sale of tickets and also from the sale of liquor were seized. Banners that publicised the event were also confiscated.

Following several complaints from the public that late night rave parties were being organised at some Home Stays, Kodagu Police have taken stringent action and raids are part of that action. Police said that all Home Stays will now be under vigil and appealed to the people to tip off the Police about any illegal activities in their neighbourhood.

The seized marijuana is being tested to ascertain if they were grown locally or brought from outside.

A case has been registered at Ponnampet Police Station under Narcotic Drugs and Psychotropic Substances Act, 1985 Act, Excise Act and other relevant IPC Sections.